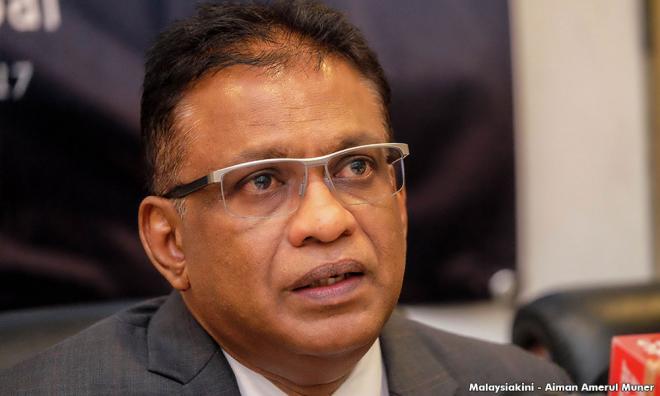 The Malaysian Bar has lauded the government's decision to set up a royal commission of inquiry (RCI) into the judiciary but wants an expanded term of reference that can recommend holistic reforms.

"We reiterate our call to the government to expand the terms of reference of the RCI to include recommending holistic proposals for thorough and comprehensive reforms to improve and strengthen the institution of the judiciary in addition to addressing all the allegations of judicial misconduct.

"This RCI provides a significant and crucial opportunity that the government must seize," Bar president George Varughese (above) said in a statement today.

Yesterday, Prime Minister Dr Mahathir Mohamad confirmed that the cabinet has agreed to the setting up of an RCI.

This was after Court of Appeal judge Hamid Sultan Abu Backer alleged impropriety, corruption and interference within the judiciary.

Varughese said the Bar was confident that members of the RCI would execute their important work with dedication and integrity, “leaving no stones unturned for truth and reform”.

He added the Bar was also mindful of the sanctity of the independence and integrity of the judiciary in upholding the rule of law.

"We, therefore, urge all parties to demonstrate respect and support for the RCI and the weighty mandate entrusted to it by refraining from speculating or making adverse comments on the allegations made by Hamid Sultan until the RCI concludes its investigation and its findings are revealed," he said.

Varughese added the Bar also stood ready to assist the RCI including making available its expertise and resources.