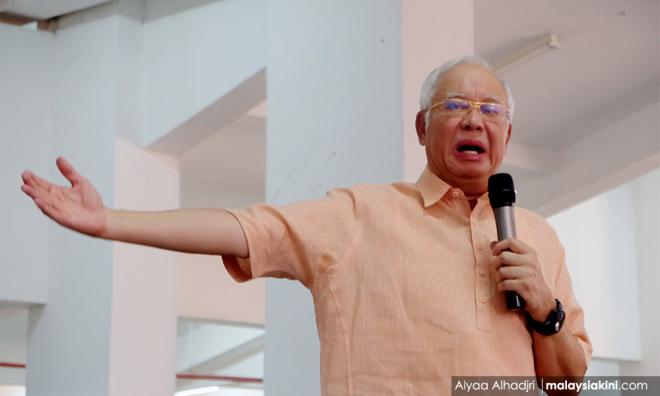 Najib questioned whether the government wanted people to leave for work and go back home at odd hours.

"The proposal is to abolish tolls only between 11pm and 5am. This means if you want to avoid toll, please wake up at 4am and go to work at 5am.

"It's all the same, the people still have to pay," Wee said in a Facebook post tonight.

"To go to work through heavy traffic you have to pay tolls, but going home after becoming drunk is toll-free!" he added.

'Unfair to those living outside KL'

This is so that they can eventually abolish tolls and replace them with congestion charges.

The congestion charges, which will be enforced for six hours during daily peak periods, will cost the same amount as current toll rates.

The government has not clarified what is defined as peak period.

Travel between 11pm and 5am will be free, while motorists using the highways during other "normal" hours will be given a 30 percent discount off the current toll rates.

Najib said Gamuda was owned by the public through the Employees Provident Fund and other statutory funds.

He claimed that this meant the government wanted to use the public's investment funds to take over the tolls.

The former premier said this was unfair to those living outside the capital, as the tolls were only in Kuala Lumpur.

He added that toll concessionaire staff should be concerned about whether their jobs are still secure.

Putrajaya initiates talks to take over and 'abolish' tolls
23 Feb 2019
Decision on tolls only after submission of study, says works minister
22 Feb 2019
Gov’t to make announcement on tolls 'in a day or two'
22 Feb 2019
Baru Bian: Tolls abolition known in two to three months
4 Oct 2018