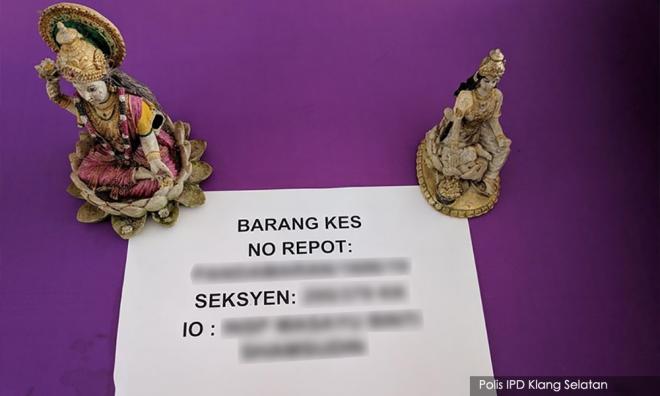 Police have arrested a man who admitted to placing idols at the Surau Sabilul Huda in Klang, which enraged Muslims.

"At 6.15pm yesterday, a police team raided a house in Taman Pandamaran Indah, located around 200 metres from the surau, and arrested a 37-year-old Malay man.

"Based on his preliminary statement, the suspect admitted he was involved in the two cases on Feb 20 and Feb 23," Shamsul was quoted as saying by Oriental Daily News.

Meanwhile, Shamsul said the suspect was motivated by a dream.

"While at his family home, the suspect dreamt of the Kaaba being surrounded by idols and believed that he had to do the same to the surau.

Shamsul said the suspect had two previous criminal convictions one under Section 323 of the Penal Code for voluntarily causing hurt and another under Section 379 for theft.

He added that the suspect also tested positive for drugs, specifically methamphetamine.