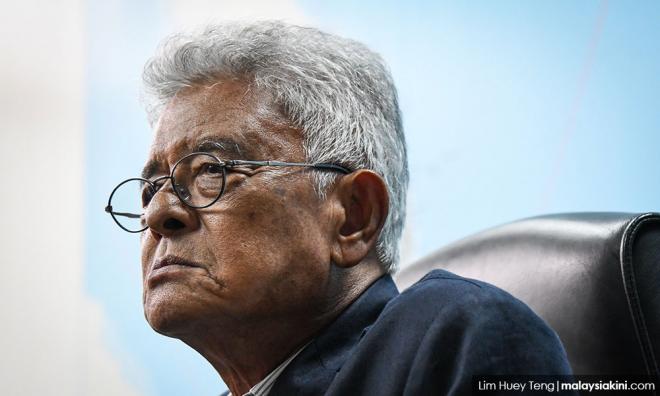 The Malaysian Human Rights Commission (Suhakam) has denounced BN secretary-general Nazri Abdul Aziz for what it described as a case of inciting racial hatred.

Suhakam chairperson Razali Ismail (above) was referring to Nazri's campaign speech for the Semenyih by-election where he questioned the appointments of non-Muslims as the attorney-general, chief justice and finance minister.

"These statements were clearly intended to incite racial hatred and discontent for the purpose of winning votes in the Semenyih by-election.

"There is no law that dictates that these positions must be occupied by a Malay.

"It is the sole discretion and judgement of the duly elected government to appoint those who will best fulfil these roles for the sake of all Malaysians and not just Malays alone," Razali said in a statement today.

Razali also criticised Nazri for linking the case of the late firefighter Muhammad Adib Mohd Kassim (photo), who was attacked by rioters, to the race of the attorney-general.

"Nazri's claims that the death of Adib had gone unpunished due to the fact that the attorney-general was not a Malay are extremely offensive.

"Attorney-General Tommy Thomas had ordered the inquest into Adib’s death in accordance with Section 339(1) of the Criminal Procedure Code and had rejected an interim motion to stay the inquest pending the March 4 hearing as his death is a matter of public interest.

"The law must be allowed to complete its course before any punishment can be meted," he said.

"Suhakam recognises the special position of the Malays for affirmative action as embedded in the Federal Constitution.

"However, the protection of this position is not in opposition with the aforementioned appointments of non-Malays," he said.

Razali said such remarks by a senior politician showed the need to ratify the International Convention on the Elimination of All Forms of Racial Discrimination (Icerd).