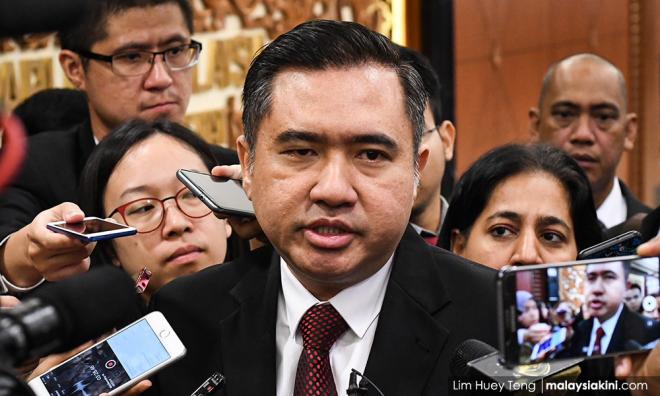 Transport Minister Anthony Loke clarified that his Chinese counterpart Li Xiaopeng had invited his wife to sit in a meeting held in Beijing.

"If the Chinese minister allowed her to sit there, what's MCA's problem?" he told a press conference in Putrajaya this evening.

He was responding to MCA who questioned Loke's wife Ng Chi Ling's presence at the meeting last month.

Meanwhile, the minister's special functions officer Chung Yi Fan also responded to MCA regarding the duration of the trip.

According to him, the trip was from Jan 16 to 22, which meets Putrajaya's seven-day requirement for official trips where spouses could tag along.

Read more: Why was Loke's wife in an official meeting in China, asks MCA

The aide cited a government circular, which states that the duration included travel days.

Therefore, Chung said there are no grounds to question Ng's presence.

"Had any members of the Malaysian delegation been absent from official programmes during the working visit to attend other informal excursions, it would be a legitimate cause for further scrutiny.

"Otherwise, what MCA did was no more than (an attempt to seek) cheap publicity," he added in a statement.

During the meeting in Beijing, Loke invited Chinese businesses to participate in Malaysia's port expansion projects, particularly in Port Klang.

He also asked Chinese rail industry manufacturers to use Malaysia as their Southeast Asia hub because of the country's talent pool and supply chain.

On aviation, Loke said he encouraged airlines from both countries to increase flights and connect Malaysia to second- and third-tier Chinese cities.

anthonyloke
Related Reports
Why was Loke's wife in an official meeting in China, asks MCA
a year ago
Loke: Not all motorists drunkards, don't forget night shift workers
a year ago
Loke's aide apologises for rant against RTM
a year ago
Loke meets S'pore counterpart for third time on airspace dispute
2 years ago