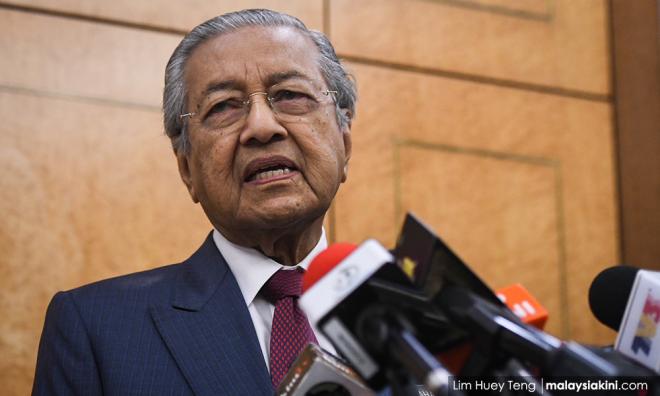 He said this was due to the fluctuating nature of oil prices.

"It depends on how much it comes down. But not immediately (recalibrate Budget) because when it comes down, it will go up again.

"We have to prepare when the price is up," he told reporters after watching an "Ola Bola the Musical 2019" performance at Istana Budaya last night with his wife Dr Siti Hasmah Mohamad Ali.

On the cabinet's announcement to cap the RON95 petrol price at RM2.08 per litre, the prime minister said the decision was made because the government was able to absorb the extra cost if the market price was higher than that.

"We decided to maintain it because we can absorb the extra (cost)," he said.

The government yesterday announced that retail price for RON95 petrol was capped at RM2.08 per litre, down from the previous RM2.80.

In the statement issued after the weekly cabinet meeting, Finance Minister Lim Guan Eng said the decision was in line with the Pakatan Harapan government’s commitment to help reduce the cost of living.

In January, the government maintained the retail price of RON95 petrol and diesel at RM2.20 per litre and RM2.18 per litre, respectively.