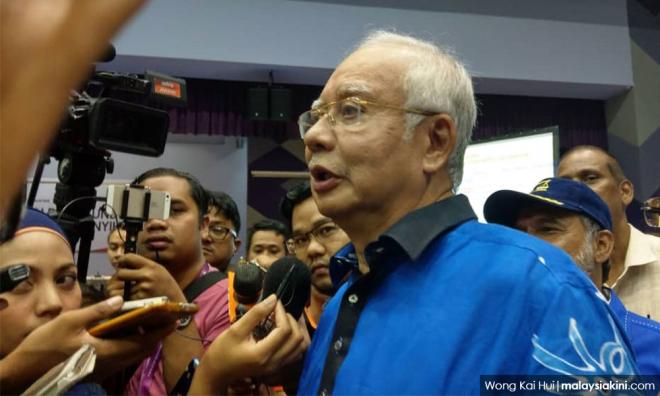 "They have made this huge mistake. They should focus on the people instead of attacking me.

"The people don't want them to attack me, they want to know how the government will fulfill their promises," Najib told reporters in Semenyih tonight.

He said this when asked if he felt that BN's victory was a vindication of the attacks against him from Harapan.

BN had lost the seat for the first time in the 2018 general election.

Meanwhile, acting BN chairperson Mohamad Hasan had credited Najib's presence on the campaign trail as one of the contributing factors for the coalition's victory.

This is BN's second victory since Najib debuted his "bossku" persona.

Najib told reporters tonight that the popularity of the gimmick was "organic" and in no way "orchestrated".

"This is a symbol that youths want us to fight for what's close to their hearts," he added.

Drubbed in Semenyih, PSM says M'sians not ready for third-alternative