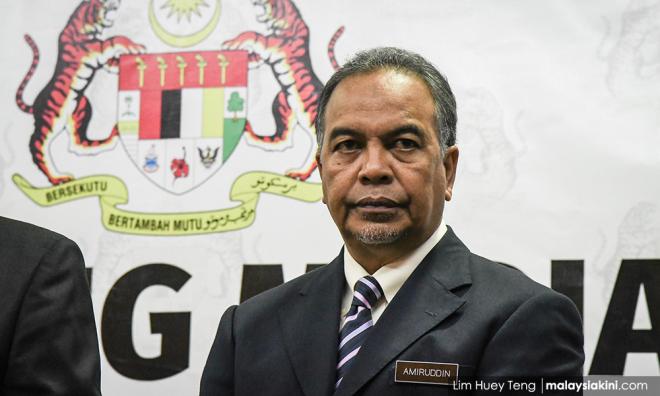 All RM30b from Petronas will be used for tax refunds

PARLIAMENT | The Dewan Rakyat was today told that the federal government will honour its commitment to disburse around RM37 billion in backlogged tax refunds this year.

This was in response to a question by Noraini Ahmad (BN-Parit Sulong) who sought an update on the refund process.

Putrajaya is financing the refunds through a RM30 billion special dividend payout by Petronas.

Noraini also sought an explanation on how Putrajaya would spend the RM10 billion "balance," claiming the backlogged GST refunds amounted to RM19.47 billion.

To this, Amiruddin (above) said the total refunds owed amounted to RM37 billion and therefore Noraini's suggestion that there would be a RM10 billion balance was invalid.

As for the income tax and real property gains tax refunds, the amount was RM16.046 billion.

The Public Accounts Committee is investigating allegations that the previous administration had problems paying tax refunds. Its report is expected to be tabled in early April.