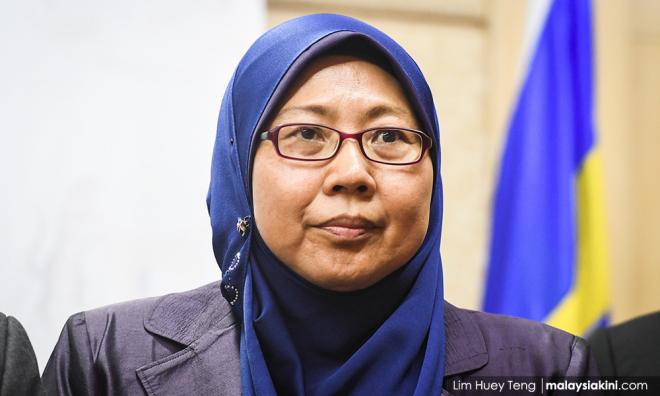 Jakim receives 10,000 complaints on insults to Islam in under a week

The monitoring unit under the Islamic Development Department (Jakim) received 10,000 complaints concerning literature insulting and provoking Islam on all media platforms since its formation last week.

“The reason is that we have to study as there are fake accounts. There are accounts that are really insulting, because I believe the fake accounts are more towards provoking, and sometimes we see that they are repetitive.

“That is what we have to sieve through and scrutinise the complaints, but what is troubling us more is the large number involved.

"This is something that is unhealthy,” she told reporters at a media conference on the pre-launch of the Al-Quran reciting and memorising event at the national level (MTHQK) 2019 in Seremban today.

Commenting further, Fuziah said the big gap between the different religions was not good for the nation, and such criticisms should be stopped.

"Sometimes, we see the opposition politicians as being too extreme to the extent of punishing non-Muslims.

"This probably led to retaliations, and all this is unhealthy,” she added.