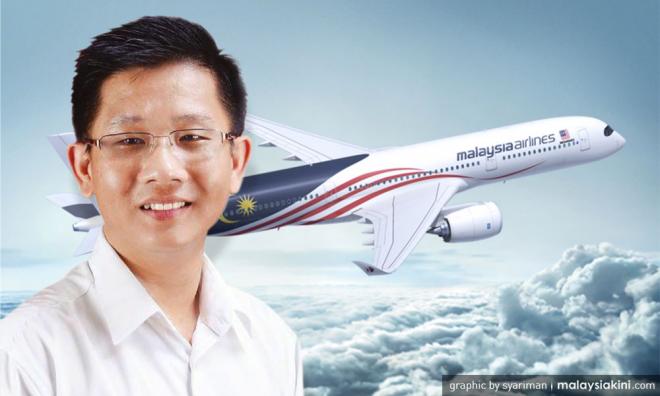 As Pakatan Harapan considers its next step with regard to Malaysia Airlines, DAP man Julian Tan has suggested a way to salvage the ailing national carrier.

Trained as an aerospace engineer and researcher, the former Stampin MP stressed that there was a need for someone with the “guts” to cancel any bad contracts.

“It takes someone with guts to weed out the weed in MAS and terminate contracts that are detrimental to the survival of MAS.

“[...] What is needed is courage and determination to do the necessary - to revise contracts, weed out unwanted wastages, and streamline existing operation to improve efficiency and cost-effectiveness,” he said in a statement today.

He said MAB had an irreplaceable role in the local airline industry, as it caters to business, premium, and economy packages, all which appeals to a different market segment compared to other airlines such as AirAsia.

“MAS plays an irreplaceable role, offering a comprehensive range of services and flexibility that no other local carrier is able to match,” he said.

Tan further analysed that the airline had only become loss-making due to being “enmeshed” in politics, having a poor management team and becoming a “milking ground” for political cronies.

“No more political entanglement, MAB has more than what it needs to survive and thrive,” he said.

However, Finance Minister Lim Guan Eng later clarified that the government would not shut down the national carrier, instead it was merely one of the options presented to the prime minister.

In 2014, the airline was taken private by government wealth fund Khazanah Nasional Bhd and injected with RM6 billion in a bid to return it to profitability within three years.