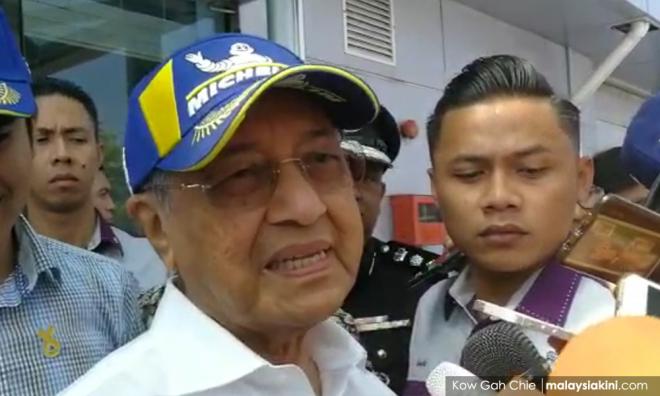 Remarking that Proton Sagas were used for the Proton Saga Cup during the event, Mahathir said there was a lot of technology involved in car-making.

"You see 70 Saga cars racing and they sound like F1 (vehicles), yet people think our cars are bad.

"Don't buy Malaysian cars. Buy foreign. Don't go into (a) third national car, because it is bad," said Mahathir, who was in a sarcastic mood.

He said China has made tremendous progress due to its participation in the automotive business.

"You think (critics of the third national car project) know the technology involved (in carmaking?)

"We (Malaysia) know nothing about automotive engineering. That is why we are introducing the third national car - to learn.

"Please learn to learn," he said.

Earlier, Mahathir rode in an NIO EP9 - an electric-powered sports car - for a lap on the Sepang International Circuit alongside Malaysian racing driver Jazeman Firhan Jaafar.

The three-day Malaysian leg of the Asia GT Festival is the first time the event has been brought out of China.

It is jointly organised by Beijing's Goldenport Enterprises and Country Heights Holdings Bhd.