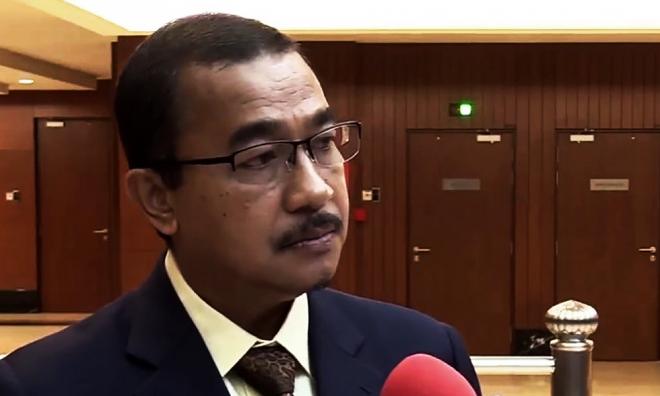 The former BN lawmaker, who defected to Bersatu in November last year, also urged the government to reduce the "LGBT rate" in the country.

"HIV today is due to LGBT practices, or what we call ‘MSM’ - ‘man sex with man’. This is a deviant inclination, a disgusting act that we see today.

"I liken it to building a house. We make a door at the front, we make sure the door is beautiful, we paint it, carve it and spray it with air freshener.

"Why would we then want to go through the back door? The back door is dirty, it is not appropriate and smelly," he said.

Noor Azmi said such behaviour was not permissible in Islam and could court Allah's wrath.

"I would like to clarify and state that Bagan Serai is strongly opposed to LGBT in this country," he said.

Noor Azmi was commenting on the participation of members of the LGBT community in the Women's March on March 9.

The organisers have lamented that the overemphasis on LGBT participants had distracted from the march's main demands.

The key demands included an end to violence based on gender and sexual orientation; a ban on child marriages; ensuring women's rights over their own bodies and lives; an RM1,800 minimum wage; and the destruction of the patriarchy.