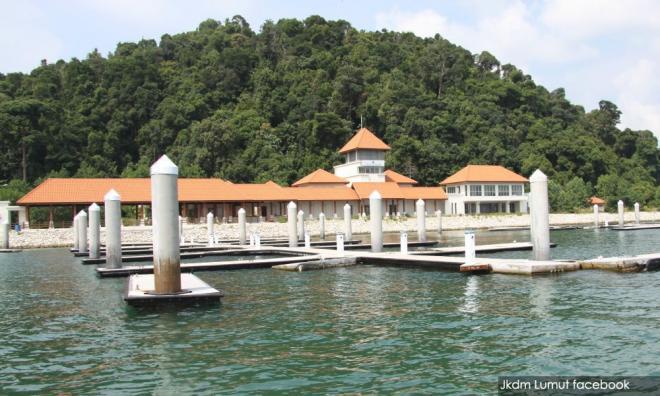 YTL to PAC: No basis to say we're responsible for marina shortcomings

YTL Corporation Berhad said today there is "no basis" to infer that the company is responsible for the shortcomings of the Pulau Mentagor marina project.

YTL was responding to Public Accounts Committee (PAC) chairperson Ronald Kiandee, who earlier today called for an investigation into whether the company was culpable in the construction of the RM24.27 million government-commissioned marina that has since been abandoned.

"As this was a government project, we are in no position to comment on the decision of the government to as to how it wishes the marina to be operated," the company said in a statement to Malaysiakini.

"However, we wish to make clear that there is no basis whatsoever to infer that YTL should in any way held responsible for the shortcomings of the project."

According to a PAC report tabled in the Dewan Rakyat today, Putrajaya initially wanted the marina to be constructed in Lumut, with YTL later proposing that it should be built on Pulau Mentagor – an uninhabited island which the company had planned to develop.

Putrajaya subsequently agreed to the new location and granted the project to the company through direct negotiation. The marina was completed in 2007 and handed over to the government in 2009.

The report stated that YTL initially offered to operate the marina after its completion, as it was the operator of Pangkor Laut Resort and Pulau Mentagor.

The company later decided not to proceed with developing the island due to constraints with the Perak government. As a result, the marina did not receive any ships.

'Perak wanted marina when we offered to operate it'

According to YTL, it had offered to provide operation and maintenance services for the marina.

"At the same time, the Perak government also indicated that it was interested to operate the marina.

"We understand that the government decided that the marina would be leased to the Perak government to be operated by the local council.

"Thereafter, YTL's involvement in the project came to an end," it said.

In the PAC report, it was stated that Putrajaya tried to lease the marina to the Manjung Municipal Council for 32 years at an annual fee of RM160,000, which it rejected.

YTL also confirmed that it declined Putrajaya's offer when it was approached again last September.

With regard to the construction, YTL said the building of the marina was awarded to its subsidiary Syarikat Pembenaan Yeoh Tiong Lay Sdn Bhd (SPYTL) by the government.

"JLM issued the certificate of making good defects for the project which brought the involvement of SPYTL as a contractor to completion," it said.

The Pulau Mentagor marina was one of 11, costing a total of RM323.16 million, which the cabinet had approved in November 2000 to encourage yachting and marine tourism.

Of the 11 marinas – which were completed between 2003 and 2009 – only five are still in operation, and are plagued by problems. These projects later became the subject of a PAC investigation.

"The project which should have been built in Lumut but was relocated to Pulau Mentagor at YTL's suggestion. The project worth RM24.27 million was given to YTL through direct negotiation.

"However, the public marina never went into operation and was never used as YTL was no longer interested to develop the uninhabited island," he had said.