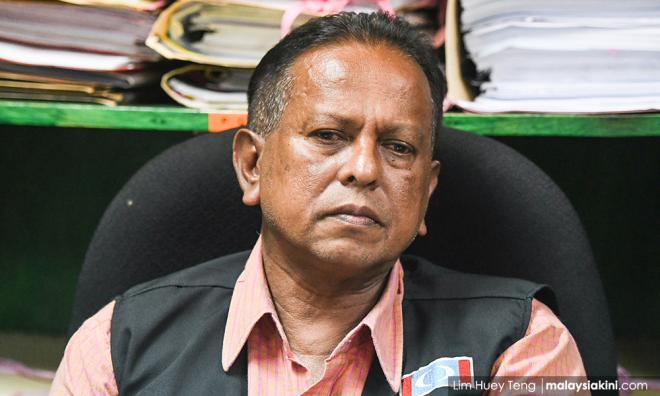 The Court of Appeal today struck out a Pakatan Harapan election candidate’s misfeasance in public office lawsuit against a former returning officer and the Election Commission (EC).

A three-member panel of judges, comprising Datuk Ahmadi Asnawi, Datuk Abdul Karim Abdul Jalil and Datuk Suraya Othman, struck out the lawsuit brought by Dr S. Streram (photo above), the PH candidate for the Rantau state seat in the 14th General Election (GE14), by allowing the appeal by then returning officer Amino Agos Suyub for the Rembau parliamentary constituency, and the EC to set aside a High Court dismissal of their striking-out application.

Misfeasance in public office is an action against the holder of a public office, alleging in essence that the office-holder has misused or abused his or her power.

Justice Ahmadi, who led the panel, said the court is of the view that Dr Streram did not pass the threshold of proving that Amino Agos was a public officer. He ordered Dr Streram to pay costs of RM10,000.

Amino Agos and the EC lost their bid in the High Court in September last year to strike out the lawsuit, prompting them to file an appeal to the Court of Appeal.

Dr Streram, 63, an anaesthetist, filed the RM7.6-million lawsuit against Amino Agos and the EC over alleged misfeasance during the nomination process which led to him being barred from contesting the Rantau state seat in GE14 on May 9 last year.

In his statement of claim, Dr Streram said he paid his nomination deposit of RM5,000 and campaign material deposit of RM3,000 on April 25.

He claimed that at no time did the EC inform him that name tags or entry passes are needed for the candidate and his representatives to enter the nomination hall on April 28.

Dr Streram said the defendants had denied him the right to contest the Rantau seat in GE14.

Earlier, lawyer Datin Jeyanthini Kannaperan, representing Amino Agos and the EC, said her clients were not "public officers" and, therefore, Dr Streram cannot bring an action for the tort (wrongful act) of misfeasance against them.

Dr Streram's counsel Sathia Stella Sidhu argued that her client can mount an action against Amino Agos and the EC based on the common law principle for the tort of misfeasance.

When asked by Justice Ahmadi whether Dr Streram would bring the matter to the Federal Court, Sathia Stella said she would take instructions from her client.