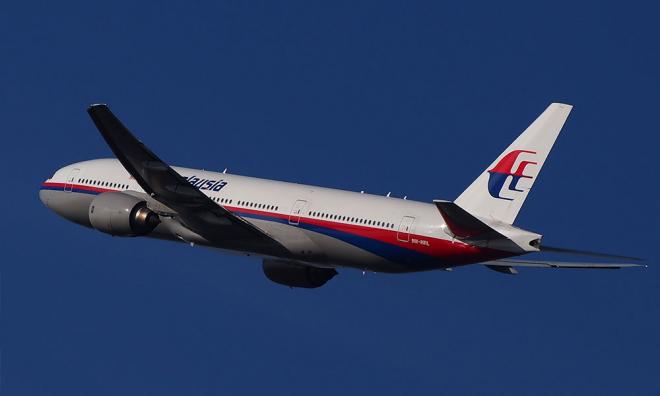 Yoursay: To let MAS soar, gov't must let it go

YOURSAY | 'Privatise it with proper management and ensure minimal meddling by the gov't'.

The Wakandan: The only reason why Malaysia Airlines (MAS) is not sold is because of the emotional attachment to it as the national airline. We should let go.

Today there are many countries that do not have a national airline. The realistic thing to do is to allow it to be managed privately.

As it is, too much money has been lost in this airline and we cannot afford to absorb this loss forever to the detriment of our economy.

For once, let those who manage it feel that it really belongs to them and that losses will hurt their pockets.

In New Malaysia, we should do away with our ‘couldn’t care less’ attitude of spending or stealing money as if it is from a bottomless pit.

Casey: Given the overall poor performance of state-owned enterprises, as reflected by economic inefficiency, low productivity and the lack of competitiveness, private sector-driven growth is generally favoured.

The way forward would be to reduce and 'roll back' the government's over-extended involvement in business, by switching from state to private ownership.

It may be convenient to point out that, apart from managing their respective macroeconomics, few governments of major economies in the West are involved in or have overextended their influence in the workings of the business sector.

This convention is, perhaps, in line with Adam Smith's postulation that "Competitive behaviour drives an economy's resources towards their fullest and most efficient use, and that economic growth and prosperity would emerge if the government steps aside, reduces its interference and allows market forces to work.”

TCM: Like the proverbial phoenix (actually, I’m not sure if it is used in any proverbs), MAS has to be remade to be successful again.

Privatise it with proper management and ensure minimal meddling by the government. Be hands-off. Get rid of the baggage that is weighing the airline down (bad contracts, entrenched unions, under-utilised routes).

Re-do the image of the attendants. Right now, the uniform is a pale version of the Singapore girl (we have to admit it). Get companies in Malaysia to fly it as first preference.

It can rise again; I see a phoenix in that kite.

Sapporo: MAS is not the best in class (we all know), and previous management and consultants have made huge mistakes. But we must recognise that MAS is competing against state-subsidised carriers in the Middle East and Asia.

The main issues are low traffic, a small number of premium travellers and high fixed cost.

MAS should be taken over by a globally significant carrier (perhaps China Airlines) with the commitment that Malaysia is made its aviation hub in Southeast Asia.

Anonymous 9916: Yes, you had “outside managers” (by which you mean foreigners) to run MAS, but there was too much political intervention. Naturally, even the outsider will leave because those without experience also want to make decisions.

How long did the outsiders stay before calling it quits? Everyone is guilty of trying to make this a race thing. We are still talking about 1960s issues in 2019. Grow up.

If this country is still run the way it used to be, we'll soon be in the ground. Enough is enough with regard to race being a criterion.

Patriot1: MAS will never soar as long as it's linked either directly or indirectly to the government. There is too much baggage.

Case in point is Proton, where it only started to perform when the government did not have a say in active management and it was run on a purely commercial basis (by Geely).

Anonymous_1543386425: As for those who want to help to revive MAS, please put your money where your mouth is. All of you can raise the funds, buy MAS and run it.

If you can run it at a profit, so be it. But do not try to treat MAS as a “save Malaysia’s face” issue. Billions of taxpayers' money have been spent to save MAS at least three times.

Mahathir claims ECRL may end up costing a whopping RM130b

NNFC: Is the East Coast Rail Line (ECRL) viable? Look at what the possibility of it making money. Almost zero, if you ask me.

It will be another MAS, sapping up our money for decades to come. We have roads and air travel which are very efficient. We can also build the ECRL ourselves if we want to.

Rembrandt: Option one - set up a 50/50 joint venture company with the Chinese. This company will share the construction cost and they have to bring in the cargo, and manage the railway. The profits made will be shared under the joint venture agreement.

This way, we can be sure that the railway will be used and it will incentivise the Chinese to make a profit, since they have a stake.

If they do not have a stake in this project, it will end up a white elephant because they will just build, make their money and leave. There is no guarantee that they will send cargo here and use the railway.

Option two - not so viable, but we can use palm oil to offset the loan for the ECRL’s construction. They call it counter-trade. This way we can expand our palm oil industry and we don’t need to come up with cash to pay off the loan.

Jefferson76: Bite the bullet and scrap it! China will be angry, but look to the rest of the world for business and tourists.

There are seven billion other people in the world to work with. Share the full terms of the debt and profit potential afterwards to prove the reason for calling it off.

Perhaps other countries will do the same after they see someone dare to make this move. China can't alienate all of Southeast Asia with retaliation tactics.

Anonymous Grow the Country: Don't build or own something we cannot afford, what more something we don't need. We are killing ourselves with debts.

Imagine drawing a salary of RM15,000 but paying an instalment of RM10,000 for a bungalow. You are left with RM5,000 for other expenses. Matilah.