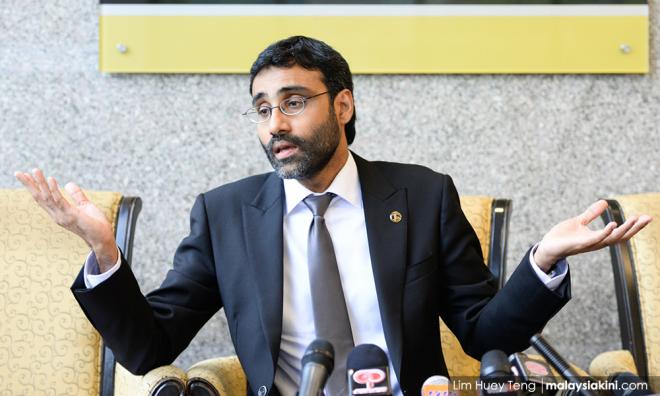 'Wrong to run down PM in S'pore media amid bilateral disputes'

Former PKR vice-president N Surendran said it was wrong to run down Prime Minister Dr Mahathir Mohamad in the Singaporean press amid disputes between Malaysia and the city-state.

Surendran said this in reference to Permatang Pauh MP Nurul Izzah Anwar's interview in Singapore's Straits Times, which he also shared on Twitter.

"Is this acceptable? In the middle of the escalating water agreement dispute and a serious ongoing territorial conflict, a prominent Harapan MP calls the prime minister a 'former dictator who wreaked so much damage' in an interview to a leading Singapore daily.

"The timing, platform and manner are all wrong," he said on the micro-blogging site.

In the interview, Nurul Izzah described the last year, in which Mahathir returned to power, as "turbulent and tumultuous".

I've learned so much, but I think my heart's been broken as well, somewhat," said Nurul Izzah (below), who recounted Mahathir's first stint in power when her father, Anwar Ibrahim, had served as the deputy prime minister.

Asked to elaborate further, Nurul Izzah told the Singapore daily it was not easy having to once again work with the man who brought down her father nearly two decades ago and sent him to prison.

"I mean having to work with a former dictator who wreaked so much damage, not just on our lives, but the system."

Mahathir had sacked Nurul’s father Anwar Ibrahim from his position as deputy prime minister in 1998. The latter was subsequently jailed on sodomy and corruption charges which he claimed was politically motivated.

Two decades on, Anwar is again tipped to succeed Mahathir after they joined forces and successfully ousted Najib Abdul Razak as prime minister in the last general election.

Najib is accused of misappropriating billions from 1MDB. He has denied any wrongdoing.