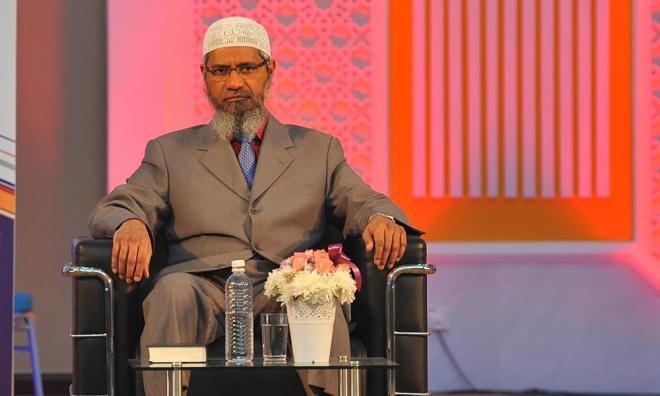 India's Enforcement Directorate (ED) has accused Zakir Naik of accumulating assets worth RM113 million by diverting funds and donations received from Islamic countries meant for the welfare of Muslims.

According to the Times of India, this included investments in 20 flats in Mumbai and Pune, as well as bank deposits.

The flats, based on ED's investigation, were booked in his wife's and son's names.

“The booking amounts were paid by routing of unexplained funds received by Zakir through the bank accounts of his wife, son and niece,” a source told the daily.

Last Friday, the ED, which is probing the controversial preacher for alleged money laundering, detained his close aide Najmudin Sathak.

The report claimed that the jeweller assisted Zakir, who is a Malaysian permanent resident, of laundering funds of “dubious origins” from Dubai to produce and broadcast videos which allegedly spread “hatred and radicalisation.”

The ED, according to the report, also accused Zakir of raising donations amounting to Rs65 crore (RM38.3 million) from the United Arab Emirates (UAE), Saudi Arabia, Bahrain, Kuwait and Oman, besides India, between 2014 and 2017.

India has requested for Zakir's extradition, but Putrajaya has refused to deport the preacher.

Meanwhile, Zakir has denied the charges against him, claiming that his reputation was being tarnished by religious fanatics in India.

However, last year, the minister, who is in charge of Islamic affairs, criticised Zakir's method of preaching.

“We don’t want a debate that ridicules others. We need a more intellectual and composed method of Islamic propagation without the need to ridicule other religions,” he was quoted as saying.