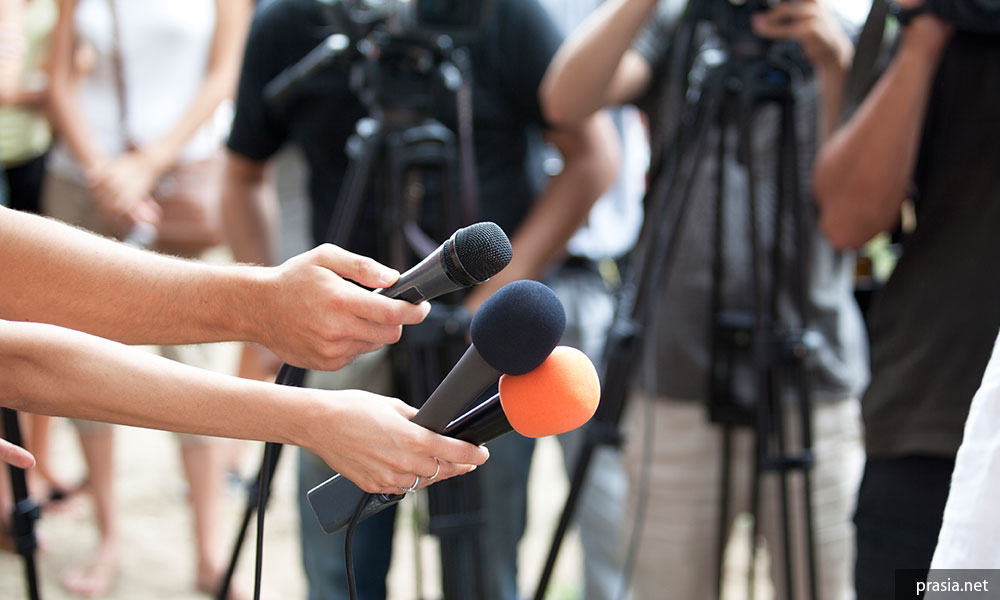 YOURSAY | 'Without proper punishment, expect Umno to continue behaving in a similar manner.'

When are these Umno leaders being called up? Malaysiakini should pursue this matter to its logical conclusion.

Umno politicians are surely not above the law. It is important that this message gets across loud and clear.

Thickskin: If the two thugs are not arrested quickly, then the message delivered by the Pakatan Harapan government is that violence by Umno is tolerated.

Without proper punishment, expect Umno to continue behaving in a similar manner.

Rembrandt: Najib Abdul Razak, being a former PM, should know that physical violence should not be condoned in politics.

Brains are better than brawn in solving disputes. If Najib doesn’t rein in his supporters, their anger will get out of control and the end result will be someone getting hurt or killed.

All Umno top leaders should better take note of this before it gets out of hand.

Anonymous 2043581479977820: Najib keeps repeating "regret" for all things done in his name, which in fact he is fanning, encouraging them even, behind our backs.

I think to bring down the temperature a couple of notches, the police should just do their job and charge his brainless supporters. Let's see how bold "bossku" is without his chorus of thugs.

BTN: This country belongs to all Malaysians and not Umno thugs.

This type of situation is simple to handle. Arrest these thugs and let this be a lesson to all thugs that this country has laws and there is some behaviour that is just not acceptable.

Gerard Lourdesamy: What Umno gathering? Did they notify the police 10 days in advance under the PAA (Peaceful Assembly Act)?

Did they get the consent of the restaurant owner? Especially now that the owner is saying that nobody told him that Najib was coming.

Protesting across the street more than 600 metres from the restaurant is a provocation? Does Umno own the street and the pavement, which incidentally has a bus stop?

So a peaceful protest is answered by violence? Tell me which law says that provocation is a defence to assault? Going by your twisted and perverted logic, the terrorists in Christchurch can also argue that they were provoked.

There is no need to ask Najib questions. If I want to protest peacefully in public and express an opinion about Najib, that is my right under the Constitution. That does not give Umno thugs and gangsters the right to assault me.

Their party leaders and supporters violated the space of and physically harmed those who disagreed with them peacefully. Now that BN is no longer the government, the country is still subjected to the thuggery of Umno/BN.

Please tell us, Tun Dr Mahathir, why is Umno still allowed to behave and bully others like ‘samseng’ (gangsters) as they please, as if they are still the government and control the machinery of government?

I am sure this is the question in the mind of everyone who voted for your coalition on May 9 last year and is feeling being let down by you.

Roger 5201: It sounds like another Umno leader and defender of Islam, in this case the vulgar Lokman, was "protecting" the Malaysiakini interns from the highly pro-kleptocratic thugs, just like the former home minister Syed Hamid Albar, who arrested DAP leader Teresa Kok under ISA (Internal Security Act) in 2008 to "protect her".

If Lokman is asking for it, please do not disappoint him.

AnotherKomentar: It’s a wonderful new Malaysia when acts of thuggery are tolerated and even rewarded and people speaking up or doing their job are assaulted and bullied.

Cogito Ergo Sum: An assault on journalists doing their job is an attack on the freedom of the press.

It seems that these Najib supporters are unaware that their party has been kicked out by the rakyat.

The police inaction on such Umno altercations is simply unacceptable in a society that threw off the shackles of a dictatorial and kleptocratic regime.

JW: Yes, and Umno's ‘samseng’ culture continues… I wonder what the participants who the day before at the ‘Eliminating Racial Discrimination in Malaysia’ forum condemned Malaysiakini for contributing to racism, simply by reporting reality instead of hiding and making nice, have to say now.

Oh, wait, not difficult to guess: they would blame the Malaysiakini interns as provocateurs. The reality (something the panellists want to hide from) is this: their stupefying dumb statements made at the forum had given Umno goons the excuse to behave in this violent way.

Anonymous_97d3c1a7: Malaysiakini interns Mariam Nizar and Ramieza Wahid, both of you are shining icons of ‘generasi Malaysia Baru’. There is hope for our country yet.

OceanMaster: The Malaysiakini interns and the public will have to be patient. PDRM (Royal Malaysian Police) is busy reading Facebook, WhatsApp, Twitter, WeChat and Tinder to spot any seditious postings.

Once that is done, they might, and if time permits, look into this wimpy claim about headlocks, manhandling and bullying.

After all, it is well known that benevolent and sophisticated gentlemen from Umno are kind of touchy-feely and like to hug to show unconditional love.

yoursay
umno
pressfreedom
journalism
malaysiakini
Related Reports
We were doing our job, not protesting – M'kini interns set record straight
a year ago
Cops wrapping up probe into clash at students' 'clown face' protest
a year ago
Universities should condemn thuggish behaviour - Maszlee
a year ago
Hands off journalists, says communications minister
a year ago