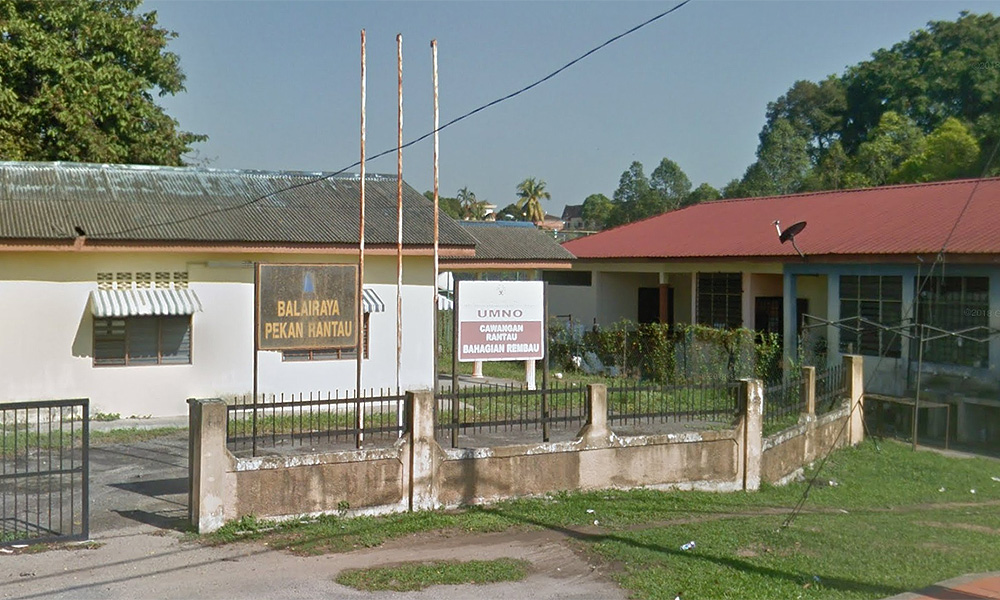 Use the Rantau by-election to fight racism

COMMENT | Racism is spreading fast through the body of Malaysian politics. In response to the Semenyih by-election result, Azmin Ali stated that he “wants the bumi agenda fulfilled without apology” implying non-Malays can be ignored.

He seems to have forgotten that without the 90 percent support from the Chinese and the 80 percent from the Indians in GE14, he would not be a minister today.

Umno’s Nazri Abdul Aziz questioned the appointment of non-Malays as attorney-general, chief justice and finance minister, adding that Malay rights should be defended at all costs.

But the constitution does not state that the attorney-general, chief justice and finance minister must be Malay. We must not allow more and more privileges to be claimed as Malay rights when they are not.

The reasons given by Abdul Hadi Awang for the Umno-PAS union gives rise to grave concern. Hadi said the Umno-PAS union is to enable “Muslims to return to the seat of power in the country.” This means Hadi does not regard Dr Mahathir Mohamad, Anwar Ibrahim, Azmin Ali, Mat Sabu, etc, as Muslims. This thinking will split the ummah (Muslim community).

Hadi said, "As you can see, the Pakatan Harapan government is filled with non-Muslims. There are 66 non-Muslim Pakatan MPs in Parliament and only 58 Muslim MPs when the population of the country is only 35 percent non-Muslims.”

The obsession of Hadi and Nazri with the race and religion of public officials implies that Muslims can only get fair treatment from Muslim officials. This thinking attacks the very foundation of a multi-racial society.

Most frightening of all, Hadi said: “Muslims must unite so that they can rule over the non-Muslims.” This is outrageously against the Malaysian Constitution and the terms of the social contract that gave birth to Malaya.

Think of the consequences for the country. The country will be doomed to a perpetual battle as each side struggles to come out on top. Foreign and local capital will flee the country, driving the country into poverty.

We cannot ignore what Hadi says, as PAS-Umno have the numbers to beat Harapan at GE15. This article showed that at GE14, the combined PAS/BN vote in 30 constituencies was more than Harapan’s total, i.e. Harapan would have lost GE14 if PAS/BN had fought as a coalition. We must consider Hadi to be a potential prime minister or deputy prime minister after GE15.

Anwar’s statement that to take on PAS-Umno, the government has to grow the economy, is a huge mistake. If making some richer will make them less racist, then the progress made since Merdeka would have wiped out racism by now.

In fact, racism is worse. If economic development reduces racism, then the most economically advanced nation in the world, the US, will have little racism. In fact, they have a lot.

Racism must be fought head-on, otherwise, the poison will spread. If there is no strong and sustained objection to the idea that Muslims must rule over non-Muslims, more and more Muslims will come to think that non-Muslims do not object to being ruled by Muslims.

What can we, Muslims and non-Muslims who reject the racist thinking of Hadi, do? Fortunately, there is a very simple, democratic and non-violent way to show our rejection of this thinking, i.e. turn the Rantau by-election from an election about local Negri Sembilan issues into a national referendum on Hadi’s demand that Muslims rule over non-Muslims.

We are justified in asking Rantau voters for the sacrifice of disregarding local issues because Hadi’s ideas will fundamentally transform Malaysia, and the whole nation should have an opportunity to urgently deliver a verdict that can be conveyed to PAS-Umno.

The electorate in Rantau numbers 20,472 voters, with Malays accounting for 54 percent, Indians 27 percent, Chinese 19 percent, and "others" one percent. The Umno/BN candidate will be Mohamad Hassan, the incumbent and acting president of Umno. He signed off the PAS-Umno “marriage” on behalf of Umno. He must, therefore, be considered a supporter of Hadi’s thinking that Muslims must rule over non-Muslims. PKR’s candidate, representing Harapan, will be Dr S Streram.

To make the Rantau by-election into a referendum, we must start a national campaign to persuade Rantau voters to cast their votes on one issue only – a vote for Mohamad means agreeing that Muslims should rule over non-Muslims, and a vote for Streram is a vote against this idea. Those who reject Hadi’s idea, but want to show support for Mohamad to continue as acting Umno president or show support for PAS should spoil their vote by writing Kaji Semula! (think again!).

The nation should be alerted to Hadi’s thinking and be informed that there is an opportunity to convey our views to the voters of Rantau who will take these views into account and act as our proxies in casting their vote.

It must be made clear that this is not a move against Mohamad the person, or against PAS or Umno/BN. The proposed referendum is a way for all Malaysians to stand up and be counted and say whether they want today’s peaceful, prosperous and racially harmonious Malaysia, or want to change to Hadi’s vision which will bring endless strife and poverty.

If the Malays show by a majority that they reject Hadi’s vision, this will be a reality check for Hadi and PAS-Umno and save them from pursuing policies which will prove to be an electoral disaster. All politicians will then realise that racism is not the way to political success and Malaysian politics will be a much happier place. If Malays show by a majority that they support Hadi’s vision, then all of us will have to think very hard.

Mohamad’s prestige is not affected if he loses and if the number of spoilt votes is nearly as great or greater than the votes for Harapan. It just shows that his supporters consider Hadi’s thinking harmful to PAS and Umno/BN, the ummah and the country, and want the leadership to think again. It does not affect the balance of power in the Negri Sembilan state assembly as Harapan has a majority. As Umno acting president, he should be concentrating on national issues and not state issues.

If MIC and MCA want to work with an Islamic party, no one should complain. After all, Harapan includes an Islamic party. In fact, nothing would please me more than for PAS, Umno, MIC and MCA to form a multiracial, moderate and honest political alliance which can gain support from all races. It can then form the alternative government to Harapan in a Malaysian two-party system.

But they cannot do this if they buy into Hadi’s vision. MIC and MCA must make it clear whether they agree that Muslims should rule over non-Muslims. It is also not acceptable for MIC and MCA to claim that any agreement made between Umno and PAS does not concern them. If the coalition came into power which agreement would apply – the PAS-Umno agreement or a contradictory BN agreement?

With the Rantau by-election coming up, MIC and MCA cannot rely on sweet words to fool the public, as their actions will reveal their stand. First, will Mohamad be the BN candidate? Surely if MIC and MCA reject Hadi’s vision, they should reject Mohamad, who has accepted Hadi’s vision. He can be an Umno candidate instead. But maybe it is too late to prevent him from becoming BN's candidate.

Secondly, will MIC and MCA canvass for Mohamad? If so, it means they agree with Muslims ruling over non-Muslims. If they do not agree, but want to reform and build up BN, then they should canvass voters to spoil their vote by writing Kaji Semula!

There may be many whose reactions to these proposals is “Impossible! The politicians will not allow it.” My reply to them is that in a democracy, it is we, the people, who are the masters, while politicians are the servants. If we can persuade the voters of Rantau to regard the coming by-election as a referendum on Hadi’s vision, no politician can stop it.

The dreams and hopes of a "new Malaysia" are fading fast. Let us make the Rantau by-election the revival of these hopes. To do that we must mobilise, we must organise, we must act and not just wait for politicians to deliver.

What better role models for us than Aaron Chia and Soh Wooi Yik, who reached the finals of the All England Badminton Men’s doubles with their motto: "Dream it, believe it, achieve it!"

RONNIE OOI is a retired medical doctor. He can be reached at: [email protected]

rantaubyelection
referendum
racism
abdulhadiawang
pas
umno
bn
pakatanharapan
Related Reports
Face up to racism
a year ago
The stupidity of abusing race to stay in power
a year ago
Is Harapan addicted to the 'bumi agenda' too?
a year ago
BN, PAS unite - threaten protests if Guan Eng doesn't apologise
a year ago