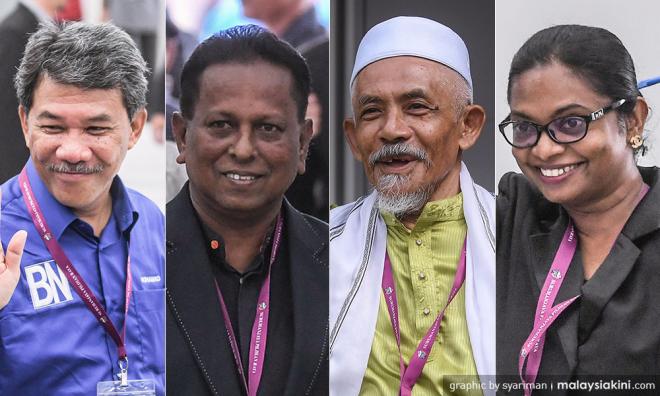 Battle for Rantau: Meet the candidates

KINIGUIDE | What was supposed to be a straight fight in Rantau last year has morphed into a four-cornered bout slated for April 13.

The state seat was vacated after the Federal Court on Feb 18 upheld the decision to void BN candidate Mohamad Hasan's walkover win in the last general election.

This stemmed from the returning officer's move to block Pakatan Harapan's Dr S Streram from filing his nomination papers.

The two returned to the ring today, but faced unexpected opposition from two independents.

Here is Malaysiakini's guide to the candidates in the four-cornered Rantau by-election...