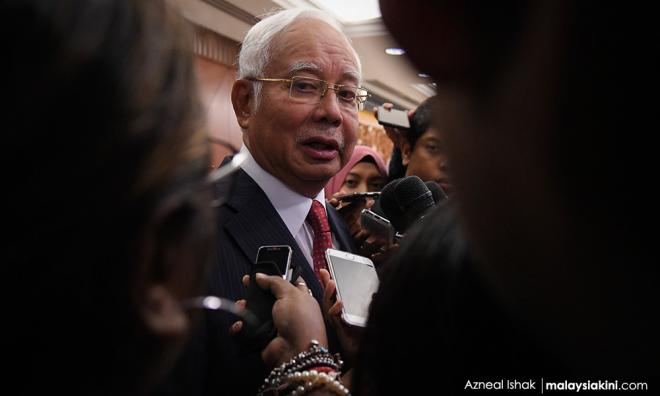 Income, in the form of political donations from foreign countries, is not subject to local tax laws, Najib Abdul Razak has insisted.

In a Facebook post today, the former premier also decried news reports about the Inland Revenue Board (IRB) slapping him with an RM1.5 billion tax bill, as attempts by the government to use the media for its own political gain.

Earlier today, The Edge Markets reported that the IRB has sent a letter to Najib, seeking RM1.5 billion in taxes for undeclared income of about RM4 billion, for the period of 2011-2017.

This includes a tax on the RM2.6 billion found in his personal accounts, which local and US authorities say originated from 1MDB, but Najib maintained was a political donation from the Saudi Arabian government.

"First of all, political donation, including from the Saudi Arabian Finance Ministry, is not bound by tax laws.

"Secondly, as the public may already know, income from foreign sources is not taxable, under tax laws. This is beside the fact that I was the guardian of the party's funds and all transactions were for the party's sake," said Najib, alluding to Umno, of which he was the former president.

The Pekan MP claimed that the government has vast powers, to the extent that it can charge anyone it likes, and leak what it wishes to the media it controls, to fulfil its own propaganda mission.

"If the Pakatan Harapan government wants, it can claim up to RM5 billion or RM10 billion (in tax) from any individuals, as it is well within its powers.

"But that is what it can claim. It does not mean what is claimed is true, or whether the government deserves to receive it. At the end of the day, the law must be followed," he said.

"The Harapan government, if it wants, can also leak to the media, tax-related matters of any individuals, which should, by right, be confidential, if it benefits them (Harapan) politically," he added.

"The government can do as it wishes, but I'm confident the truth will prevail and the rakyat can judge for themselves if the government is being fair, or is abusing its powers for political gain."