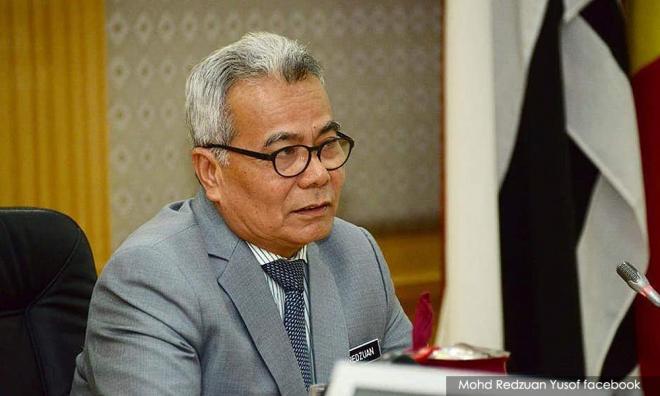 Amid conflicting statements from two ministers regarding Lynas' waste management, the Parliamentary Caucus on Monitoring Lynas (JKPPL) has voiced support for the position taken by the Energy, Science, Technology, Environment and Climate Change Ministry.

“We are very concerned by Entrepreneur Development Minister Redzuan Md Yusof’s statement on March 30, whereby the rare earth refinery Lynas Corporation Ltd would be allowed to continue operations as one of the government’s efforts to attract foreign investment to this country.

“The statement is shocking and clearly contradicts the position and decisions of the ministry, as well as that of many parliamentarians who are also policymakers.

“We stand firm in supporting the Energy, Science, Technology, Environment and Climate Change Ministry's position on the management of two main residues, namely 451,564 metric tonnes from water leach purification (WLP) and 1.113 million metric tonnes from neutralisation underflow residue (NUF) that have been accumulating since 2012,” the bipartisan group said in a statement last night.

JKPLL is chaired by Bentong MP Wong Tack, with Merbok MP Nor Azrina Surip as his deputy.

It was set up last November to scrutinise the report of a government review of Lynas' operations.

The Energy, Science, Technology, Environment and Climate Change Ministry had previously ordered the rare earth refinery in Gebeng to remove its WLP waste from the country, and provide an action plan on how its NUF residue would be dealt with.

It said it would no longer allow for the unlimited accumulation of the waste at Lynas' refinery.

Of the two waste streams, WLP residue contains naturally occurring radioactive materials regulated by the Atomic Energy Licensing Board, whereas NUF residue is a scheduled waste regulated by the Environment Department.

Redzuan, however, claimed last Saturday the ministry's position is not endorsed by the cabinet.

"The cabinet decision is clear, which is to allow Lynas to operate. Waste is a separate matter to be addressed.

"There is no decision collectively by the government to send back the waste to Australia. We have to have a bilateral understanding," he later told reporters.

Yesterday, Prime Minister Dr Mahathir Mohamad said that the cabinet will have the final say on the matter.

Is groundwater under Lynas plant high in heavy metals? Yes, but…