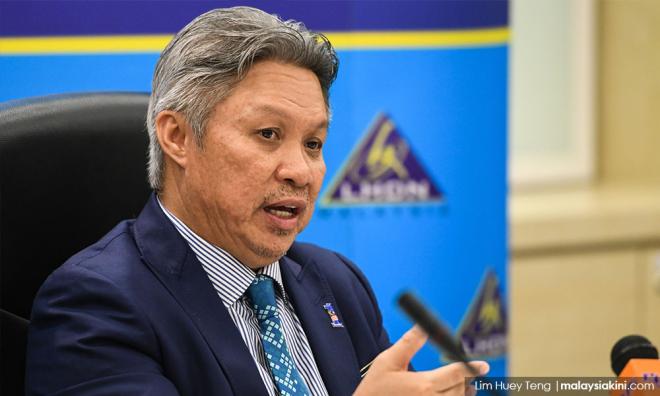 The tax on foreign donations or income is reviewed on a case-by-case basis before any decision is made, said Inland Revenue Board (IRB) chief executive officer Sabin Samitah.

However, he declined to elaborate further, saying he was bound by the secrecy provision.

"We are not allowed to discuss tax matters with the public. However, I cannot generalise and it will be looked at on a case-by-case basis," he told reporters after officiating the “Malaysia Baru Tax Reform Agenda - What's Next” conference in Kuala Lumpur today.

Meanwhile, Sabin said the IRB was confident of achieving its tax collection target of RM147 billion this year, despite global economic challenges.

"We are on track so far. The amount collected will be used for government operations," he said.

Sabin added that under the new government, the IRB would continue its commitment to strengthen the tax system by reforming it to ensure everyone pays a fair share.

"Tax reform is not all about new taxes. There are issues that need to be tackled such as under-declaring income, falsifying documents and where taxpayers do not pay the right amount," he said.

Earlier in his speech, Sabin urged Malaysians wishing to voluntarily declare their taxes to do so under the Special Voluntary Disclosure Programme (SVDP) before it ends on June 30, 2019, to be eligible for the reduction in penalty, after which the penalty would rise to 300 per cent.

"SVDP provides an opportunity for you to clear any outstanding tax issues, especially unreported or under-declared, in the past," he said.

The “Malaysia Baru Tax Reform Agenda - What's Next” two-day conference, which began today, is jointly organised by the Malaysian Institute of Accountants and Malaysian Association of Tax Accountants.