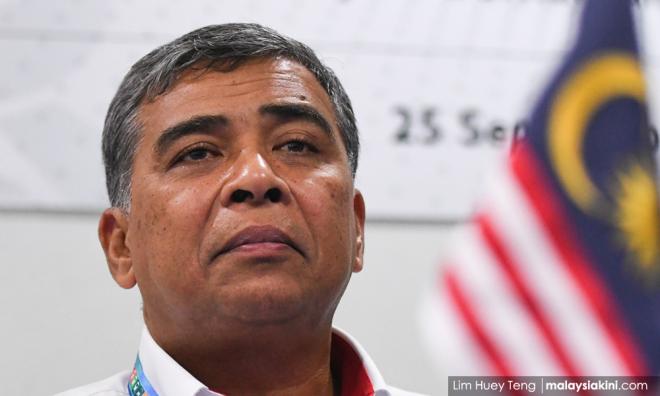 Taking to Twitter, Khalid also defended his testimony given as a witness before the three-member panel led by Suhakam commissioner Mah Weng Kwai.

"I am ready for any investigation and I’m sure it is the same with TS Fuzi," Khalid said in reference to his successor, Inspector-General of Police Fuzi Harun.

"It looks like you are ignorant of the prevailing laws and court procedures.

"Whatever I did was in compliance with the prevailing law of the land," he said in a series of tweets responding to critics.

He added that the conclusion made by Suhakam and allegations against the police were only based on circumstances.

"My testimony during the inquiry stands," Khalid tweeted this morning.

Among others, Khalid, who testified as the inquiry’s fifth witness in October 2017, admitted that there were possible lapses in police procedure as they had delayed taking statements from the eyewitnesses of Koh's abduction.

In releasing its inquiry report yesterday, Suhakam's three-member panel noted there were similarities between the disappearances of Koh and Amri - a Christian pastor accused of proselytising to Muslims and an alleged Syiah follower and proselytiser - who were both monitored by religious authorities prior to their disappearances.

The panel had also decided against accepting any evidence from the police linking Koh’s disappearance to a June 2017 shootout in Kedah and a later seizure of items from the shootout victim’s house in Perak.

This was because they had found testimonies on this operation from the police and Khalid to be distorted, illogical and "full of inconsistencies and material contradictions".

Like the Amri case, inquiry chairperson Suhakam commissioner Mah Weng Kwai had said the panel was also dissatisfied with the police’s "seriousness" in conducting their investigations into Koh's case.

This included how the police had failed to obtain any CCTV recordings of the abduction, delayed in commencing investigations as well as in taking statements from eyewitnesses.

Responding to Suhakam, various NGOs, including Patriot and G25, have called on the police to be truthful in revealing their missteps under "forced coercion" so that the integrity of the police force could be maintained in moving forward.

Aside from Koh and Amri, pastor Joshua Hilmy and his wife Ruth Sitepu have also gone missing two years ago. Their case remains unsolved.

Will our husbands be returned to us, ask Amri and Koh's wives