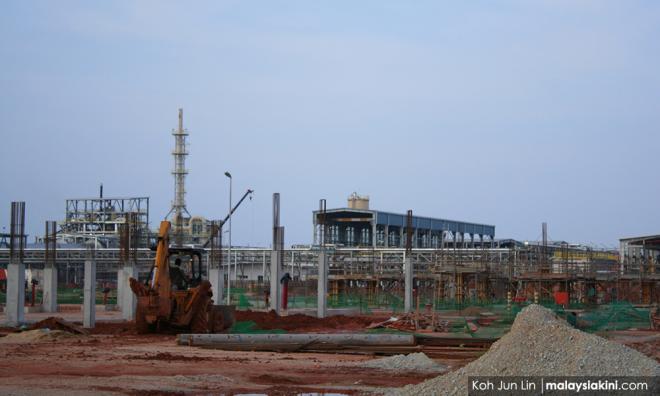 Rare earths miner Lynas Corporation said on Monday it is considering initial ore processing near its Australian mine, as Malaysia stepped up pressure on the company already in the midst of a takeover struggle.

Lynas, the world’s only major producer of rare earths outside China, has been locked in a dispute with Putrajaya, which has told it to remove years of accumulated waste at its processing plant in Gebeng in order to have its licence renewed.

Prime Minister Dr Mahathir Mohamad said on Friday companies interested in acquiring Lynas had pledged to decontaminate low-level radioactivity from mined ore before shipping it to the country.

Lynas CEO Amanda Lacaze said on Monday that the company had been considering building new processing facilities for months in addition to its Malaysian operations, as part of expansion plans and as a way to mitigate risk from any regulatory changes in Malaysia.

Initial ore processing to reduce levels of radioactivity would mean building a cracking and leaching plant at a cost of about A$100 million (RM291 million) over three years, according to a research report by brokerage CLSA.

Lynas was considering five locations, Lacaze (above) said, but gave no details on cost or timing.

“We have been giving great consideration to... our future industrial footprint,” she told an analyst and investor call.

“We remain confident that we can agree a path forward with the Malaysian government which is good for Malaysia and good for our business.”

Lynas mines rare earths at Mount Weld in Western Australia and currently ships the concentrated material to an US$800 million (RM3.28 billion) processing plant in Gebeng, where it stores thousands of tonnes of waste.

Mahathir said even Lynas could operate in the country as long as raw materials coming to the country were cleaned.

His comments come after the Atomic Energy Licensing Board (AELB) told Lynas in December that it must export stockpiles of a type of residue from its processing plant by Sept 2, when its full operating stage licence is due for renewal.

In February, Lynas said that exporting the residue within the mandated timeline was “unachievable.”

Lynas shareholders played down the likelihood of Lynas being forced to close its plant in Malaysia.

“The prime minister has said he wants the plant to keep operating and stay open in Malaysia. My expectation then would be that the plant’s licence must be maintained,” said Matthew Ryland of Greencape Capital, the company’s second-biggest shareholder.

Lynas said it was seeking clarification from the Malaysian government on its latest comments, but had not yet heard back.

Wesfarmers said it welcomed the Malaysian comments which were consistent with talks it had had with senior government officials.

“We look forward to more detail from the government about Lynas’ operating licence certainty, to assess the conditionality of our proposal,” it said in a statement.