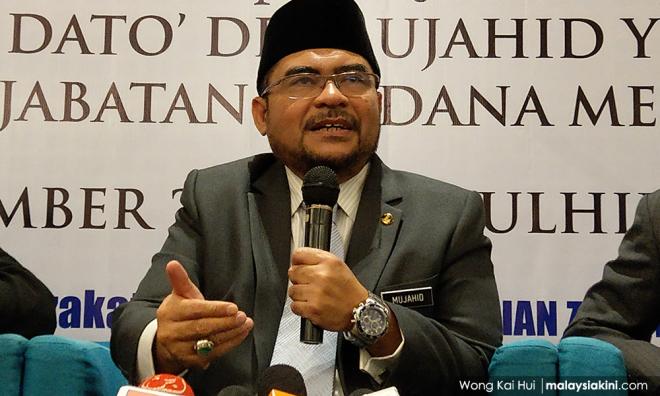 Mujahid: Waiting period to perform hajj to be shortened

Lembaga Tabung Haji will look for ways to shorten the waiting period for its depositors to perform the hajj, Minister in the Prime Minister’s Department Mujahid Yusof Rawa said today.

According to Mujahid, the Tabung Haji management will look into the matter after they offset the board's RM4.1 billion deficit.

"Now, we want to think of how to reduce the waiting period for Tabung Haji depositors to perform the hajj, with some of them having to wait for up to 100 years,” he told a media conference at the 'Friends of the Mosque and Hospital' programme in Putrajaya today.

Mujahid said that as of Dec 31, 2018, Tabung Haji recorded total assets of RM76.5 billion, and an asset surplus of RM1 billion.

"Alhamdulillah, in less than a year after taking over Tabung Haji in June 2018, with political commitment and will, as well as professional leadership, we were able to offset the assets and liabilities,” he added.

The minister said with Tabung Haji's financial situation restored, it would now look into restructuring its finances for the interests of its depositors.

"If the restructuring planned by Tabung Haji goes smoothly, the hibah (dividends) for the financial year 2019 will be higher and better,” he added.

Mujahid thanked depositors for their confidence in Tabung Haji despite the record low hibah announced by the board.

"The transaction goes on as usual at all Tabung Haji branches and there are no unusual withdrawals,” he added.