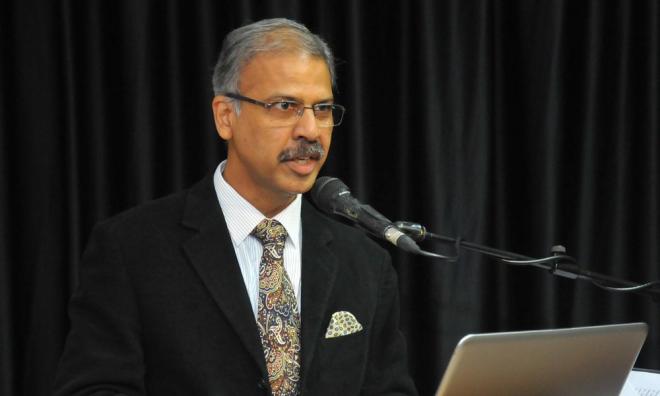 India-Malaysia bilateral relations are growing strong and will continue to flourish due to active engagements in various aspects, such as defence, economic, political, cultural and people-to-people exchanges, India’s High Commissioner to Malaysia Mridul Kumar said.

Describing the relations now as being at its best, he said this was due to the personal rapport between the leadership of the two countries and is based on complementarities and mutual interest.

“The one year that I have worked here as the high commissioner has not just been fruitful, but also a very productive and satisfying one for me. I am positive that in the years to come, bilateral relations will further strengthen and reach newer heights,” said Kumar (photo, above), who took office on Feb 15 last year.

Kumar was speaking to Bernama International News Service in an interview in Kuala Lumpur recently.

On trade and economic cooperation, Kumar said India is Malaysia's 10th largest trading partner, where the total bilateral trade target of US$15 billion set for 2020 was achieved in 2018/2019.

“Our (Malaysia-India) relations are strong, I only see an upward movement. There are no major issues between us,” he stressed.

For instance, Kumar pointed out that India is the only country which recently cut duties on crude and refined palm oil imported from Malaysia.

It was reported that the Indian government had cut import duties on crude and refined palm oil from Southeast Asian countries.

The duty on crude palm oil from Malaysia, Indonesia and other members of Asean was cut to 40 percent from 44 percent.

Meanwhile, the tax on refined palm oil was cut from 54 percent to 45 percent if it comes from Malaysia, and to 50 percent if purchased from Indonesia or other Asean member nations.

Kumar said the engagements between India and Malaysia have been positive, with regular high-level exchanges between the leaders of the two countries.

He said that in the last four years, there have been four visits by the heads of government of both countries, including the visit by India’s Prime Minister Narendra Modi to Malaysia on May 31 last year.

“This year, once our election is over, we can expect important visitors from Malaysia to India and vice-versa,” he added.

India’s general election is scheduled to be held in seven phases from April 11 to May 19 this year.

“We are giving a major statement to Malaysia of what we are actively doing in defence engagement,” he added.

Among them was Secretary (Defence Production) Ajay Kumar, who represented India’s defence minister, while a three-star Admiral and an Air Marshal each from the Indian Navy and the Indian Air Force represented their respective service chiefs.