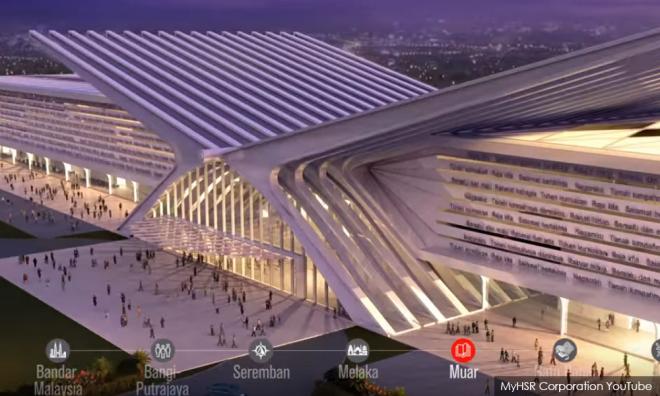 PM: Proposals to reduce bill for KL-S'pore HSR being explored

Malaysia is exploring proposals aimed at reducing the cost of the Kuala Lumpur-Singapore High Speed Rail (HSR) project and will be discussing this further with Singapore before the end of the suspension period on May 31, 2020, says Prime Minister Dr Mahathir Mohamad.

The prime minister said the government’s priority is to reduce the country’s debt and ensure an economically viable project that is able to generate an acceptable rate of return.

“There are significant economic benefits to enhance public transport connectivity between both countries.

“However, (the) projects have to be feasible and sustainable,” he told a joint press conference with his Singapore counterpart Lee Hsien Loong after the 9th Malaysia-Singapore Leaders’ Retreat here today.

Lee said Singapore understood that Malaysia needed time to review the cost and any alternative options, although the republic continued to see it as a good project.

“We look forward to receiving the proposals from Malaysia soon, in order to work together with them and find a way forward that will work for both countries,” he said.

Touching on the Johor Bahru-Singapore Rapid Transit System Link (JB-Sg RTS) project, Mahathir said Malaysia is still looking at affordable and sustainable alternatives, while Singapore is willing to consider the suspension of the project.

On this issue, Lee, again, said Singapore understood Malaysia’s position and it would work out the supplemental agreements quickly.

On the traffic congestion at the causeway linking Johor Bahru to Singapore, Lee quoted Mahathir as saying the RTS Link would not solve the problem of motorcyclists who wishe to enter Singapore.

He said Mahathir also pointed out a need to extend the capacity of the Customs, Immigration, and Quarantine Complex (CIQs) on both sides due to the growing number of people crossing the causeway.

“With that, Singapore has planned to extend our CIQ further,” he added.

Loke said the project, which was suspended for six months, would involve attorney-generals of both countries in drafting the agreement.