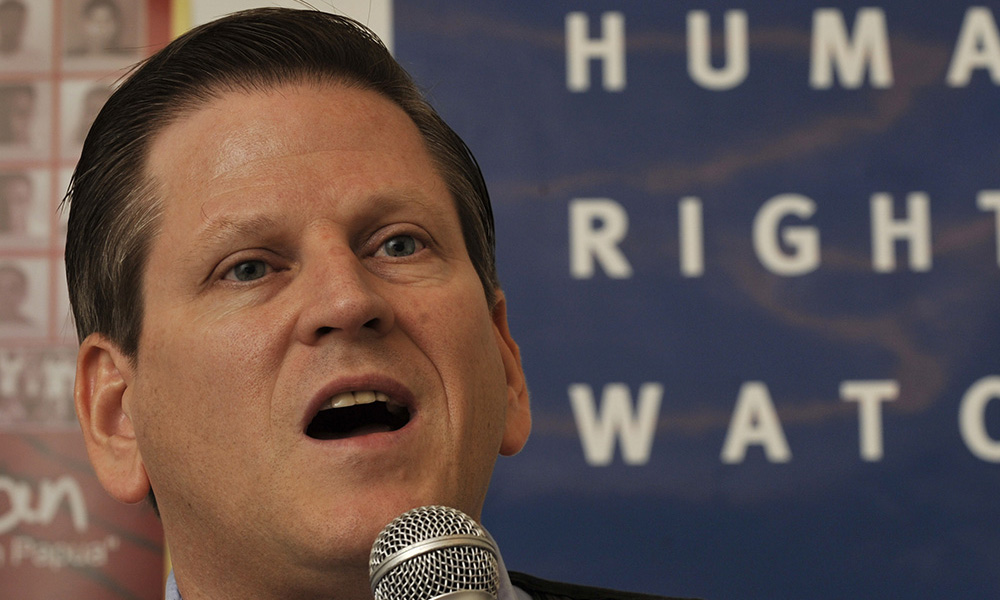 Not only has the Pakatan Harapan government backtracked on its promise to repeal the National Security Council (NSC) Act 2016, the amendments it is proposing afford even lesser protection for basic rights, said New York-based Human Rights Watch (HRW).

According to HRW Asia deputy director Phil Robertson (above), the NSC (Amendment) Bill 2019, which was tabled in Parliament yesterday, still allowed for the NSC - a body chaired by the prime minister - to issue mandatory directives to the armed forces, ministries and agencies in the name of national security.

Robertson also pointed out that amendments would grant powers to the NSC to collect information “without limit” from people and imposed heftier punishments for those found to have leaked council information.

Failure to comply with providing information and intelligence will see individuals liable to imprisonment not exceeding five years or a maximum fine of up to RM100,000 or both upon conviction, while non-government entities could face a fine of up to RM200,000.

Meanwhile, the jail term for those convicted of having disclosed information pertaining to the council's affairs, including for council members or those with access to its meetings, would be raised from two to five years.

“The National Security Council Act is a rights-abusing law that should be revoked rather than tinkered with.

“Keeping this law on the books betrays the human rights principles the government proclaimed it was committed to upholding.

“[...] not only is the Malaysian government keeping this draconian security law, but it is also introducing amendments that will expand the National Security Council’s ability to violate rights,” Robertson said in a statement today.

Aside from heftier penalties, the amendment bill tabled yesterday saw the prime minister’s power under the NSC Act considerably stripped, while further empowering the Yang Di-Pertuan Agong and the NSC itself.

The revised act, if passed, will see the power to declare “security zones” transferred from the prime minister to the Agong, as per Section 2 and Section 18 of the act, upon receiving the advice of the council.

The premier is also to be stripped of his power to “make regulations” to control the movements of persons and vehicles; to prescribe prohibitive actions; to prescribe possession of land, buildings and properties, as well as to prescribe destruction of buildings in security areas.

Under the amended bill, authority for those has been transferred to the NSC. The prime minister, however, remains the chairperson of the NSC.

The controversial NSC Act was listed by Harapan its GE14 election manifesto as among the “tyrannical” laws it would abolish.

The then opposition lawmakers had condemned the act as impinging upon the powers of the Yang Di-Pertuan Agong because it would grant the prime minister emergency powers.

Critics also said the act bypassed the Conference of Malay Rulers and that the previous government had not obtained the royal assent before gazetting it as law.

However, the new federal government soon came under fire when it announced last year that the act would be revised instead of repealed.