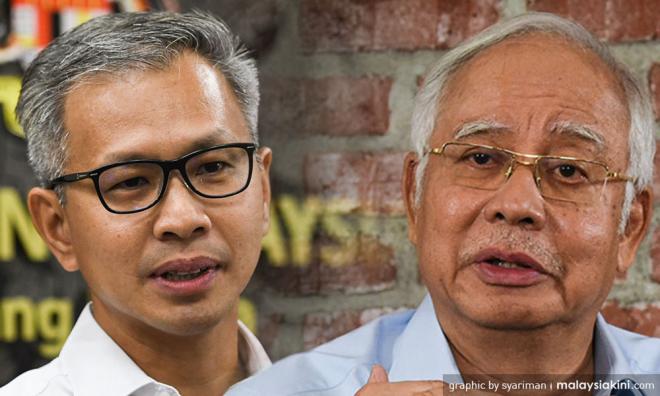 Amiruddin said that the diamond was brought in and out of the country by a sales agent, which meant that the VVIP's wife did not purchase the jewel.

There are two jewellers who have acknowledged showing Rosmah their wares in Malaysia - US's Jacob & Co and Lebanon's Global Royalty Trading SAL.

It is not certain which incident Amiruddin was referring to.

However, Pua said that the diamond referred by Amiruddin was never part of the 1MDB saga.

This jewel was detailed in the US Department of Justice's court filing "No. CV 17-4438 Verified Complaint For Forfeiture In Rem" in the case "United States of America, V. Certain Rights To And Interests In The Viceroy Hotel Group" on June 15, 2017.

Pua said the DOJ filing said the jewel was bought from Lorraine Schwartz Inc in New York and the jeweller had met Jho Low and Rosmah aboard the Topaz yacht in Monaco.

"On board the Topaz, Schwartz had shown the jewel to Low, Rosmah and their associates. They discussed the design of the necklace that will attach the 22-carat pink diamond.

"On Sept 28, 2013 Schwartz met Low and Rosmah again at the Mandarin Oriental Hotel in New York to show them pictures of the necklace design," said Pua.

"According to the DOJ filing, all invoices were paid with funds from the US$681 million or RM2.6 billion which was credited to Najib's private bank accounts," said Pua.

The documents then suggested that the jewellery was sent to Rosmah through a friend in Hong Kong on March 7, 2014.

In view of this, Pua challenged Najib and Rosmah to deny what was alleged by the DOJ.

"Until this day, why hasn't the couple denied this?

"Having indulged in money 'stolen' from the public, they are now trying to fool them by misrepresenting the facts," he said.

"We didn’t know. As far as we were concerned it was a gift from Sheikh Mansour who would know where it came from and who paid for it. We wouldn't know! We did not know the value of the present," said an irate Najib.

Najib: Pink diamond gift from UAE prince to Rosmah, she didn't receive it

How valuable were Mrs MO1's diamonds?

Najib: Pink diamond gift from UAE prince to Rosmah, she didn't receive it