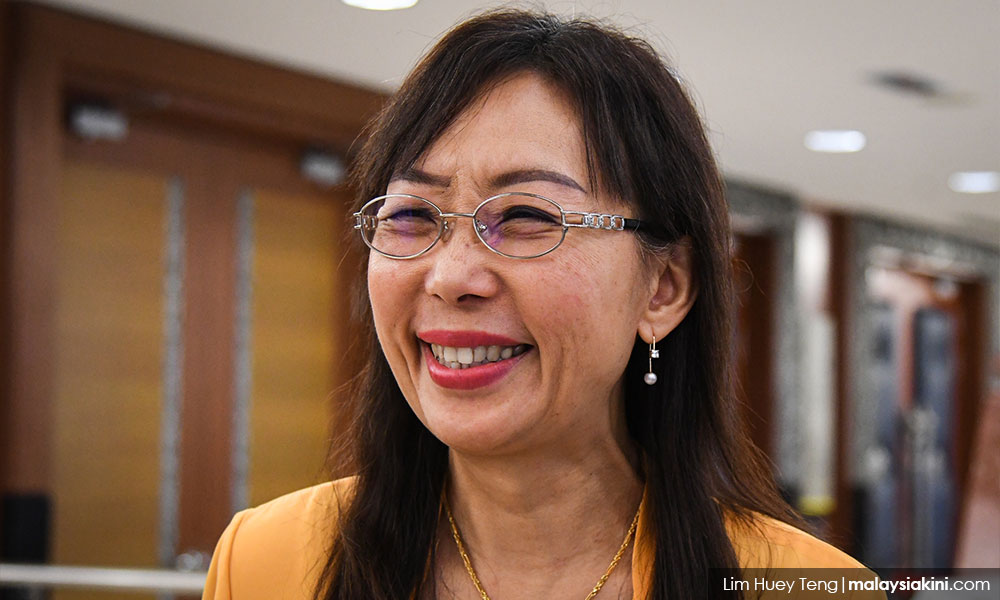 Teresa: Now that ECRL is back on - let's get China to buy more palm oil

Teresa Kok hopes Prime Minister Dr Mahathir Mohamad will raise the topic of palm oil exports to China when he attends the One Belt, One Road summit in Beijing later this month.

The sale of the commodity was not discussed during the recent East Coast Rail Link (ECRL) project negotiations, but the primary industries minister expressed her hope that China would give a stronger commitment to buy Malaysian palm oil following the announcement of the project's revival.

“I did not participate in the ECRL talks so I could only convey my wish."

"As the prime minister is going to China at the end of this month for the One Belt, One Road summit, I hope there he will be able to secure more sales for our palm oil,” she told reporters after the opening of the Nutrition Seminar: Living Healthy with Malaysian Palm Oil here today.

Daim Zainuddin, the prime minister's special envoy for the ECRL talks with China, announced yesterday that the ECRL project would continue but at a lower cost of RM44 billion compared with the original cost of RM65.5 billion.

However, he said the renegotiation was strictly about the rail link and did not touch on other matters such as palm oil purchase.

Kok also expressed her wish to see more local involvement in the construction of the ECRL.

"When they build the elevated railway, they will definitely need seismic bearings that deal with earthquakes or any kind of shaking or earth movement."

"In Malaysia, we have that product.

"We also hope they can use Malaysian wood and more local contractors can be hired for this project," she said.

Meanwhile, Kok called on medical professionals to partner with the Malaysian Palm Oil Board (MPOB) in conducting research to defend palm oil from the wrong perception regarding its health risks.

Medical professionals, she said, could become Malaysian ambassadors to spread positive and correct information to the public, as the negative perception of palm oil was mainly due to ignorance of its goodness and health benefits.

"What doctors say are very important. If doctors say something is good, everyone will believe; but the doctors themselves must be convinced about the research findings.

“This is why it would be good for them to work together with our scientists and the MPOB to conduct studies on patients or for medical courses,” she added.

teresa kok
palm oil
ecrl
Related Reports
Deal inked - ECRL back on track, cost slashed by RM21.5b
a year ago
Palm oil showcase gives out free samples in Parliament
a year ago
Getting to know our palm oil
a year ago
Malaysia records increase in palm oil export, price
a year ago
We may halt some EU imports over palm oil row, says Dr M
a year ago