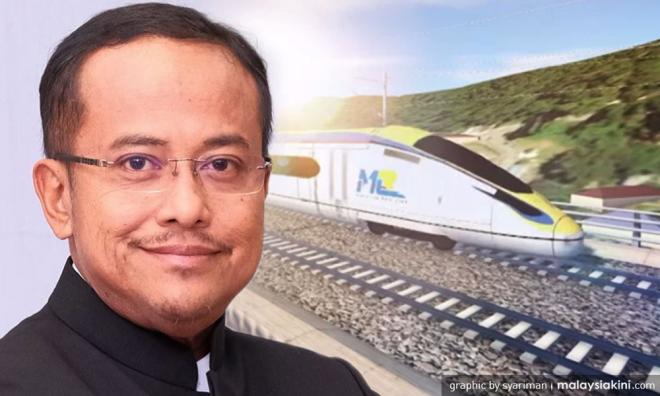 MB: No changes to ECRL route in Terengganu

Menteri Besar Ahmad Samsuri Mokhtar said claims that the East Coast Rail Link route in Terengganu would be changed does not arise.

He said a new route would involve a new study, land acquisition and building of new stations that would require additional cost.

“The question of a new route for Kota Bharu in Kelantan, to Mentakab in Pahang does not arise.

“If the change is for Gombak, Selangor, or Raub in Pahang, it will not affect much because without Gombak or Raub, the route will be easier actually, although it involves a new study in a new area,” he added.

He told this to reporters after flagging-off participants for the Yang Di-Pertuan Muda Terengganu Endurance Challenge Trophy at the Terengganu International Endurance Park (TIEP) near Lembah Bidong in Setiu, Terengganu, today.

"Tomorrow, (former finance minister) Tun Daim Zainuddin will be in Terengganu. We will ask him about it,” he added.

Daim Zainuddin was leading the renegotiation of the project with China.

It said the construction cost for Phases 1 and 2 of the ECRL has now been reduced to RM44 billion, a reduction of RM21.5 billion from its original cost of RM65.5 billion.

The agreement also saw slight changes to the route from Kota Bharu in Kelantan to Port Klang in Selangor, with the length cut by 40km to 648km.

The realigned route will see the rail track diverted to Negri Sembilan from Mentakab in Pahang, bypassing Bentong in Pahang and Gombak in Selangor as planned earlier.

It will start in Kota Bharu, then to Mentakab, Jelebu and Kuala Klawang in Negri Sembilan, continue on to Bangi, Kajang, Putrajaya and end in Port Klang.

Meanwhile, on a claim that Terengganu PAS received RM3.5 million from 1MDB, Ahmad Samsuri refuted the allegation, but said the Terengganu PAS was prepared to be investigated.