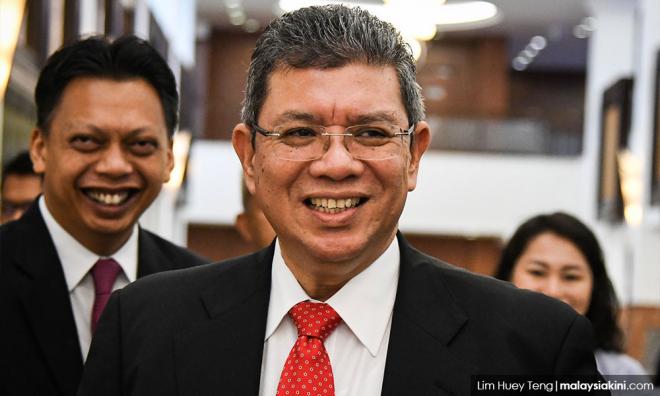 Saifuddin said this was because the three main parties, namely the government via its various agencies and departments, the Lynas management, and those who were opposed to the company's operations have been voicing their views via third parties.

"Healthy debate can prevent escalating the issue, which could lead to untoward developments.

"Among others, the debate could touch on whether it is safe or whether it has high radioactive content or not and so on.

“There will still be perceptions if Lynas obtained a certain decision from the government, so the question will arise if the process was transparent,” he told a press conference after visiting the Lynas plant in Gebeng here today.

Saifuddin, who is also Indera Mahkota MP, spent almost three hours at the site which involved a briefing session by Lynas Management, viewing the operatiosn and discussions with Lynas workers.

However, he declined to comment further on the operations there, or offer views on his visit, as he felt the most suitable individual to do so is Energy, Science, Technology, Environment and Climate Change Minister Yeo Bee Yin.

Yeo, according to Saifuddin, had given a positive indication about visiting Lynas but that no dates had been set as yet.

Asked if he was going to share his visit input in the cabinet meeting, Saifuddin said: “ As a member of the cabinet and more so as MP of the area that Lynas was set up in, I should be involved, but I am a person involved in governance."

For the record, Saifuddin is the second minister to visit the Lynas factory after Primary Industry Minister Teresa Kok.

Meanwhile, Lynas radiation safety regulations and compliance general manager Ismail Bahari said the company was open to participate in any healthy discussion to explain their operations.

"This offer has been there since the beginning of operations, and we did not turn down any meetings as Lynas, is prepared to seek a solution and find common ground,” he said.