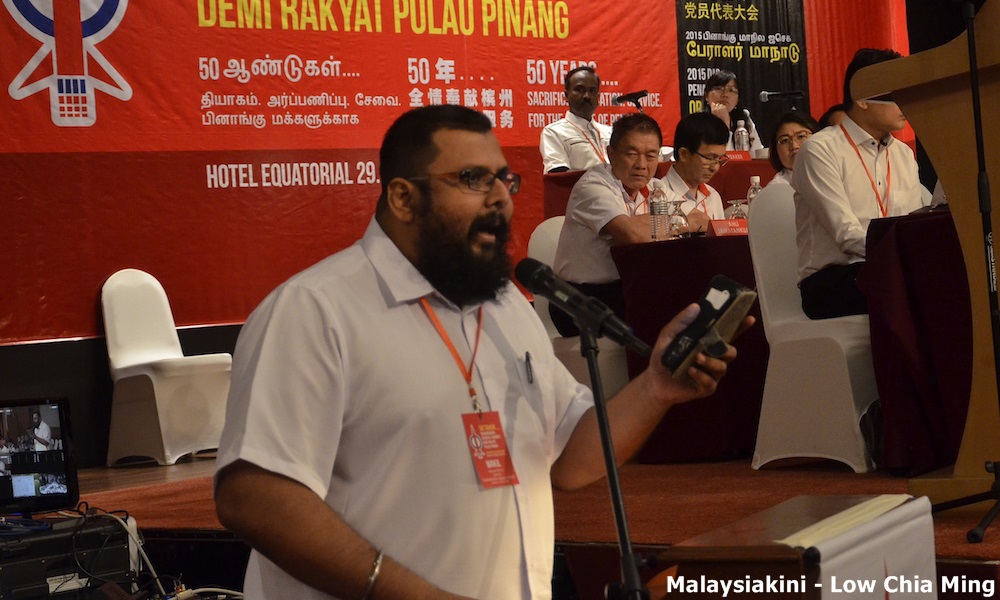 With a meeting between key leaders and members fast approaching, former Penang DAP member Shamsher Singh Thind has called on the party to dissolve and join Bersatu as associate members.

This is because, Shamsher said, DAP appears to no longer follow its principles, as it did in under the leadership of the late Karpal Singh.

"Karpal said no hudud law and no crossovers. This is party principle.

"But when DAP senior leader Lim Kit Siang and secretary-general Lim Guan Eng supported Anwar's plan to take over the federal government via the party-hopping method, Karpal told both of them to repent," he said in a statement.

"DAP cut ties with PAS after the hudud plan reconsidered by PAS. So, why didn't DAP cut ties with Bersatu when Prime Minister Dr Mahathir Mohamed openly welcomes Umno MPs and assemblypersons to join his party?"

Kit Siang, Guan Eng and several DAP leaders with cabinet positions are slated to meet party members in Penang on April 27 and 28.

Penang Deputy Chief Minister II P Ramasamy predicted that some burning questions are bound to be asked at the meet, while other leaders downplayed it as a "normal, routine" affair.

Shamsher, who used to be vocal in such meetings in the past, resigned from DAP after the party decided to ally with Mahathir to oust then-premier Najib Abdul Razak.

"Karpal said Mahathir has to answer to 22 years of crimes, so why no action against him? Okay, he helped Pakatan Harapan to win, but Najib is out now and is facing 42 charges in court."

'Karpal turning in his grave'

Shamsher also asked that Mahathir to hand over the reins to PKR president Anwar Ibrahim, as agreed to before GE14.

"Anwar has served his sentence and Najib is going through legal procedures now. Mahathir when?

"He is going around collecting awards from everywhere. Karpal must be turning in his grave," he added.

At a ceramah on the campaign trail, Kulasegaran is said to have asked Indian voters to vote for a leader of their own race.

"Also he said he won't eat at Chinese or Malay restaurants; only Tamil restaurants he will go," Shamsher said.

"Why no disciplinary action against this minister? He has clearly violated DAP's multiracial principles when he made these remarks."

Kulasegaran has said his statements were “interpreted in the extreme” as he was merely showing solidarity with Indians in Rantau.

He also added that he would eat in all restaurants, not just those run by Indians.

dap
bersatu
mahathir mohamad
anwar ibrahim
kulasegaran
Related Reports
An irony: No to Kidex but yes to PIL1
a year ago
Facing axe, DAP rep wants constitutional monarchy upheld
a year ago
DAP lawmaker tells Harapan to address decline in Indian support
a year ago
KJ needles Kulasegaran on 'our race must vote Streram' ceramah
a year ago