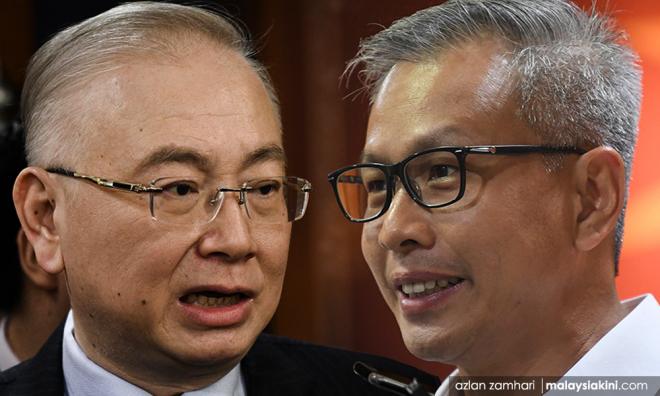 MP SPEAKS | Tony Pua, the person who said that SST will lower the price of goods, wants to school me?

Let me ask him a few questions and see if he is smart enough to school me.

2. Is RM30 billion higher or lower than the RM87.8 billion additional borrowing in sukuk since the end of 2017 - not including the additional RM7.3 billion in Samurai Bonds already issued plus the RM82 bilion that the Pakatan Harapan government is taking from Petronas?

3. If RM30 billion is lower than those other figures I quoted then how can 1MDB continue to be the main reason why Harapan cannot deliver its manifesto promises or be the main cause of our future generation being burdened in debt?

4. Can Pua confirm if the quantum of increase in national debt in 2018 and also so far in 2019 to date (RM36 billion) is higher than what had occurred under BN in the past?

5. When did I say that the entire RM180 billion is direct profit? How much is the land sale of Bandar Malaysia? What is the amount of taxes collected from these two projects with a GDV of RM180 billion over the course of its development?

Please note that it was the Harapan leaders who alleged the country might go bankrupt due to the debts of1MDB amounting to RM30 billion without taking into consideration the assets owned by 1MDB including land for TRX and Bandar Malaysia which can generate much higher GDV if developed as well as the income to the government and the positive economic impact to the people.

6. What is the total value of the two projects' economic impact to our country?

7. And if those projects are not beneficial, then why continue them?

On a final note: You have accused numerous times in the past that the true cost of the ECRL project is only RM29 billion and that the BN government had inflated the cost to RM55 bilion.

The Harapan government have now stated the ECRL project now cost RM44 billion despite cost reductions of more than RM10 billion from avoiding the costly tunnelling works along the mountain range and thus dropping the Bentong and Gombak stations.

Are you prepared to issue a statement of apology now or do you still stick with your stand that ECRL's true cost is still RM29 billion and that the PH government had inflated the price to RM44 billion?