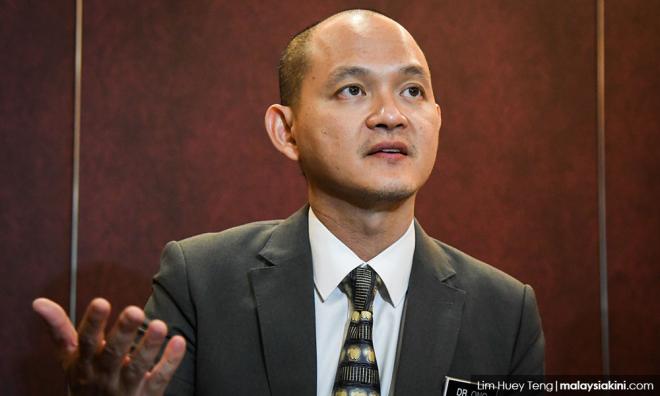 Investment analysts told to get their facts right

Market and investment analysts need to make sure that their facts are accurate before making any statements on serious issues like the state of a country's economy, said Deputy International Trade and Industry Minister Ong Kian Ming.

The statement was erroneous as Malaysia has had a current account surplus for more than 20 years.

Tay also said Malaysia's "current account deficit" could exceed the government's projected 3.4 percent as the average oil prices were well below the US$70 per barrel as calculated in the 2019 Budget.

Ong hopes investment analysts must be careful with what they say.

"It's not that we are not open to criticism, but if you want to criticise us, based it on facts that are accurate," he told Bernama and The Sun after officiating Edwards Lifesciences' new regional business service centre (BSC) here today.

Conceding that the widely reported gloomy assessment on Malaysia's economy by Tay contained errors, Swiss banking giant UBS clarified that Tay was actually referring to the Malaysian government’s projected “fiscal deficit” of 3.4 per cent and not “current account deficit”.

He was also referring to the government’s revenue and not gross domestic product when he mentioned that cancelling of the Goods and Services Tax would result in a higher dependence on oil prices.

"He used the term ‘oil’ to loosely to refer to sectors that are closely correlated to oil price movements.

"In the context of that discussion, he was referring to the fiscal deficit," said UBS Singapore corporate communications head Adeline Lee.

Asked whether the clarification was timely, Ong said "I don't think it’s too late but obviously we would have preferred it to be earlier.

"Investment analysts in banks do make mistake and it's good that when they realise it," he added.