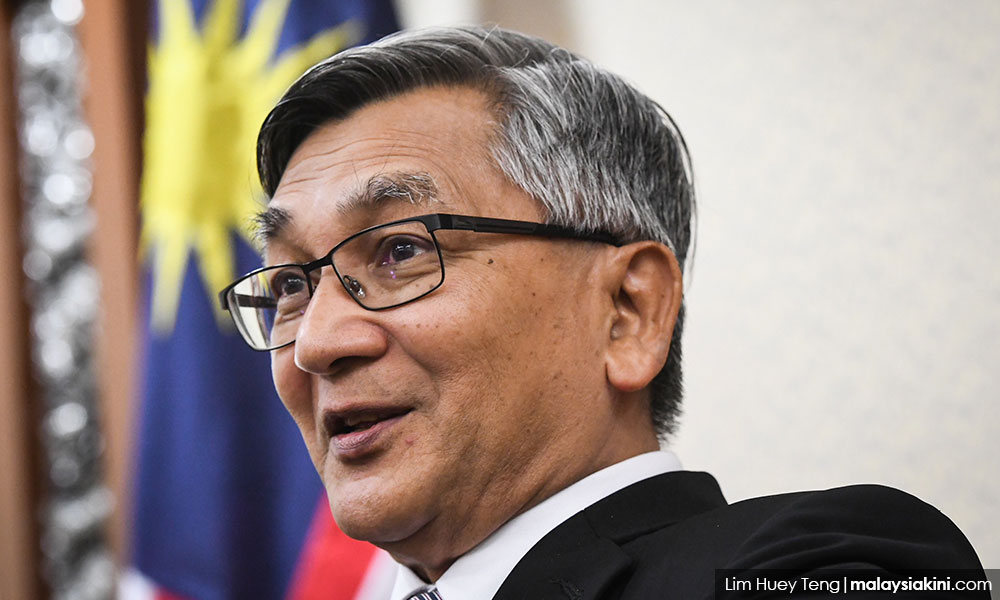 Parliament 'too powerful'? Speaker to slow down reforms to help MPs adapt

Dewan Rakyat Speaker Mohamad Ariff Md Yusof plans to slow down the pace of parliamentary reforms to allow MPs to better understand and adjust to the changes.

In an interview with The Star, he said this was in response to budding concern from certain quarters “within the executive” and the broader public that Parliament was wielding too much power.

“There is still some lingering doubt that maybe Parliament is becoming too powerful,” he told the daily.

Since assuming the role last July, the former Court of Appeal judge has introduced six parliamentary select committees, overseen the appointment of an opposition MP to chair the Public Accounts Committee, and even launched a lecture series with the aim of reforming the august house.

Ariff opined that he needed to better explain his mission, which was to restore the dignity of the Parliament, and not to expand its powers.

“The idea is to make it a premier governmental institution with oversight functions, ready to lend legitimacy to the executive.

“[...] When we feel that we are moving too fast, then we have to change our gear a bit and get people to understand more about what we are doing,” he was quoted as saying.

Nevertheless, Ariff said he plans to set up five to nine more parliamentary select committees to look into topics such as the environment and climate change; international trade and foreign affairs; as well as human rights and constitutional affairs.

He also looked forward to the reintroduction of the Parliamentary Services Act 1963, as it would make Parliament more independent from the executive.

“We are seen more like a government department, I have no say on who is going to be appointed as a chief administrator, for instance,” he said.

Aside from structural reforms, the speaker stressed the need to change the working culture within the Malaysian parliament, which has become infamous for obscenities, racist comments, name-calling and sexist remarks by MPs.

He called for an end to such “unparliamentary behaviour”, and said debates ought to centred on facts, figures, statistics, logical arguments and intellect.

“Ceramah issues should be kept at the door. When you are in Parliament, surely parliamentary behaviour calls for something more substantive.

“You are the people’s representatives, you have to fight for the rakyat, you represent views that reflect the wishes of the rakyat.

“You are not asking for the people to vote you in again, you are there already,” he said.

Ariff declined to reveal which MPs were behaving in such a way, but said they came from both sides of the political divide.

“It’s a minority problem which unfortunately taints the majority’s excellence.

“We have good ministers who present their arguments well, (a) good set of MPs from the opposition who have the experience as former ministers.

“If everyone behaves this (positive) way, we will move very fast to attain international benchmark of a good and responsible Parliament,” he told the daily.

parliament
Related Reports
Putrajaya fails in attempt to amend Federal Constitution
a year ago
Citing reform agenda, Nurul Izzah rejoins PAC
a year ago
Nga urges Noh to apologise for House ruckus
a year ago
Noh says 'no' to Nga suspending him, 'yes' to Ariff showing him the exit
a year ago