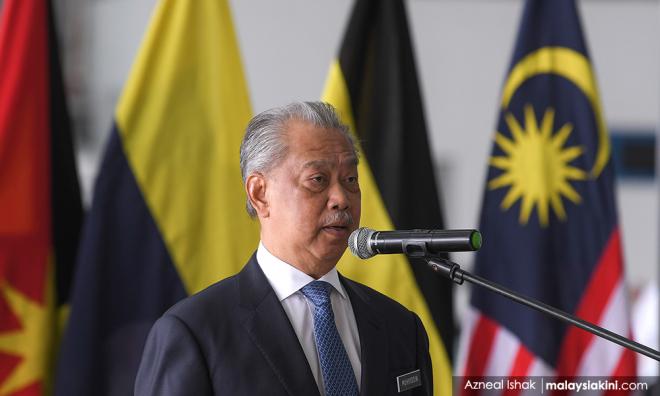 Names of prospective IGP given to PM - Muhyiddin

The names of the likely successor to the retiring inspector-general of police were submitted to the prime minister several weeks ago, Home Minister Muhyiddin Yassin said today.

He, however, declined to reveal how many names were submitted.

He said Prime Minister Dr Mahathir Mohamad would study the names before presenting the matter to the Yang di-Pertuan Agong for his consent.

“It doesn’t matter how many names. The important thing is I have submitted (the list).

“If he (Dr Mahathir) wants to make changes before presenting it to the Yang di-Pertuan Agong, it is his right as prime minister. After that only will the change be made and replacement decided,” he said when asked on the successor to Mohamad Fuzi Harun, who is going on compulsory retirement next month.

Muhyiddin was speaking to reporters after launching the Johor-level 47th-anniversary celebrations of the People’s Volunteers Corps (Rela) in Muar.

Muhyiddin earlier handed over five cars - a Proton Persona and four Proton Saga - to the state Rela for its use.

He said these are part of the 109 vehicles to be given in stages to every state Rela contingent this year.