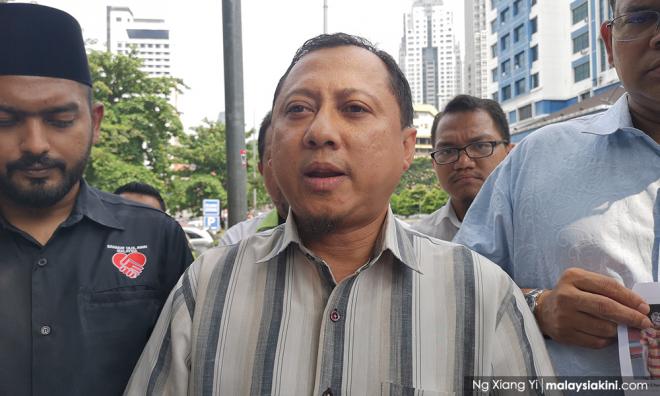 Ummah to organise a rally to 'defend Islam' on May 4

The pro-Islam Gerakan Pembela Ummah (Ummah) group will organise a major rally to defend Islam, in Kuala Lumpur, on May 4.

Its deputy chairperson Kamaruzaman Mohamad said they will also bring up the Rome Statute of the International Criminal Court (ICC) issue in the rally.

"The rally will start in Masjid Jamek after the Zuhur prayers and will end in Sogo, where NGO leaders and political leaders will appear on the same stage.

"The gathering will touch on issues that threaten the nation's sovereignty, such as the Rome Statute, the death of firefighter Muhammad Adib Mohd Kassim, the United Examination Certificate (UEC) issue, and other related matters," he said in a statement today.

As such, Kamaruzaman urged Malaysians to turn up in big numbers, for the rally.

This came about after various quarters, including Johor Crown Prince Tunku Ismail Sultan Ibrahim, claimed that the Rome Statute threatens the position of the Yang di-Pertuan Agong.

Ummah, which is a coalition of Muslim NGOs, had in the past organised a rally against the International Convention on the Elimination of All Forms of Racial Discrimination (Icerd).