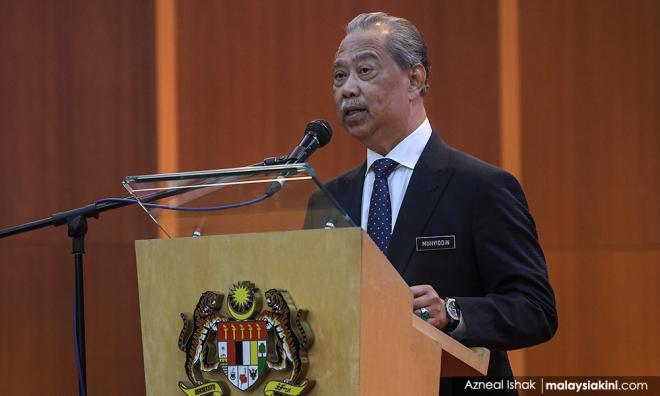 No automatic citizenship for those born in M'sia - Muhyiddin

PARLIAMENT | Being born in Malaysia does not allow an individual to automatically obtain Malaysian citizenship, Home Minister Muhyiddin Yassin said.

He said that children who do not have identification documents in Sabah, should fulfill the requirements set by the National Registration Department (NRD).

"It is in line with the provisions of the Federal Constitution and the Citizenship Rules 1964, where the citizenship status of an individual is determined on the basis of the biological parents’ nationality and the legal status of the marriage, according to the law that was in force at the time of birth," he said.

He said this when winding up the debate on the royal address for his ministry at Dewan Negara in Kuala Lumpur today.

In regard to the ministry's action on allegations that there are 500,000 people in Sabah who have no citizenship, Muhyiddin said the government had intensified enforcement and repatriation against illegal immigrants in Sabah.

He explained that 581,085 illegal immigrants in Sabah had been repatriated from the country which was carried out from 1990 until April 18.

Commenting on the action taken against those insulting the royal and Islamic religious institutions on social media, he said the police had investigated 98 cases and of that number, nine individuals were charged in court from 2012 to April 20.

"For insulting Islam and Prophet Muhammad during the same period, 76 cases had been investigated and of that number, 12 individuals had been charged in court," he said.