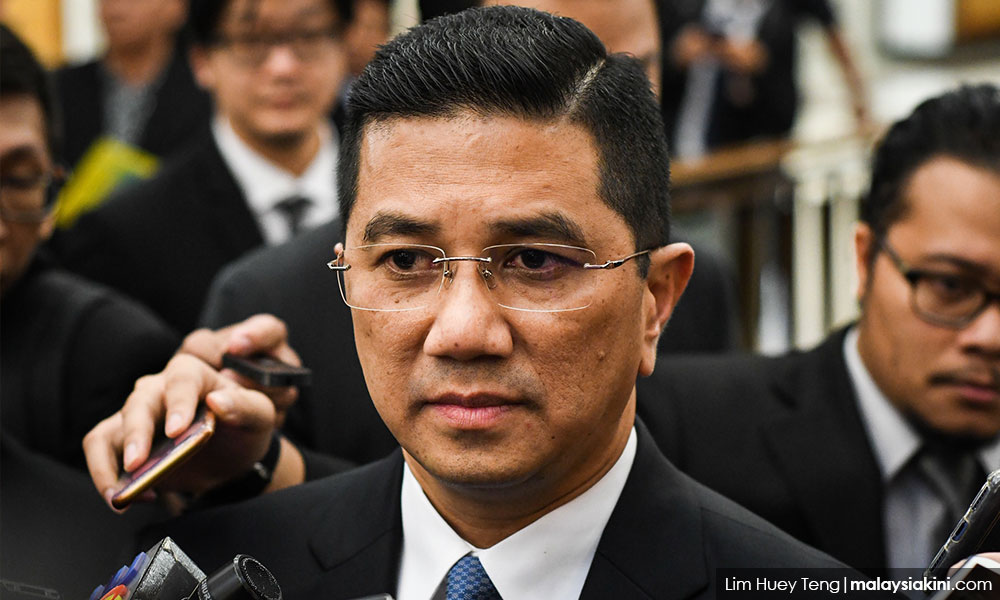 Economic Affairs Minister Azmin Ali said if there were no new industries and growth and no cargo to be transported via the ECRL, then there is be no reason to proceed with the project.

“Among the new conditions we laid down was to bring new industries to the East Coast. The ECRL is important if there is industrial growth that can generate economic growth and the transfer of industrial cargo to Port Klang,” he said.

Azmin said this to reporters after delivering his keynote address titled “People’s Hope Development: A New Malaysia Mechanism or Just a Rebranding?” at the Melaka Berwibawa Seminar in Bandar Hilir, Malacca today.

It was reported that the ECRL project would be revived and the construction costs for Phase 1 and Phase 2 have now been reduced to RM44 billion from RM65.5 billion.

Azmin said the project’s RM21.5 billion savings was not due to the scaling down of its scope and specifications as alleged by several parties.

“It is still double track and the alignment and distance are about the same. What happened is that we do not allow them to pass through Gombak as there is a dam there and we do not want any problems (to occur). This decision was made when I was the Selangor menteri besar.

“We also have the Klang Gates Quartz ridge which was registered with Unesco as the world’s longest quartz ridge and we do not want them to bore through it and construct an RM10 billion tunnel. We’ve saved almost RM10 billion here.

“We are against the abuse of power, corruption and leakages, and we will continue with these practices and principles, including for the Bandar Malaysia project which will be governed by a new development concept,” he added.

ecrl
east coast
azmin ali
Related Reports
EPU cautioned Najib about old ECRL deal but was ignored - Daim
a year ago
Daim hints previous cabinet didn't have full details on ECRL
a year ago
'Gov’t saved a lot by resolving ECRL, Felda, Tabung Haji, Bandar M’sia'
a year ago
ECRL price tag can come down even further, says Daim
a year ago
Deal inked - ECRL back on track, cost slashed by RM21.5b
a year ago