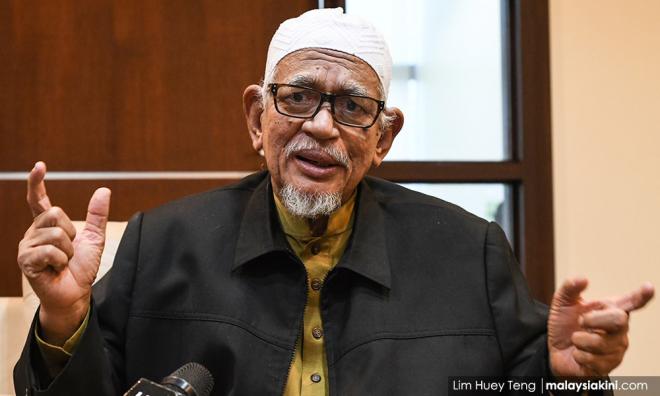 Rulers are not above the law in Islam, says PAS president

PAS president Abdul Hadi Awang noted that Islam does not place a monarch or head of state above the law.

The Marang MP said when Prophet Muhammad became Rasulullah (messenger of God), he did not act like God, make the people slaves or use the nation's wealth as his own.

“There are numerous other instances in Islamic history, where heads of state, kings, caliphs or emirs did not possess absolute power and were not above the law.

“(Islam) rejects the concept of someone or a group of people being above the law,” he said his column posted in Harakah Online today.

Although the PAS president did not make specific references, his remarks came amid tension between Putrajaya and the rulers on various issues.

Hadi said if a ruler is not pious and courteous, then the concept of the sovereignty of law would be nothing more than empty talk.

“Hence, there are those who act like God... All of this is just empty talk if one is not pious and courteous.

“So the aim is to establish their respective positions without caring for the people. In fact, power is used to relegate people according to caste and the wealth of a nation is considered his (the ruler's) own,” he added.

Hadi said Islam does not haramkan (forbid) or halalkan (permit) words like 'monarchy', 'republic', 'democracy' and other terms not mentioned in the Quran.

However, he stressed, what is prioritised is the concept of justice and to fight cruelty.

“All who rule, regardless of name and title, will be called to face Allah,” he added.