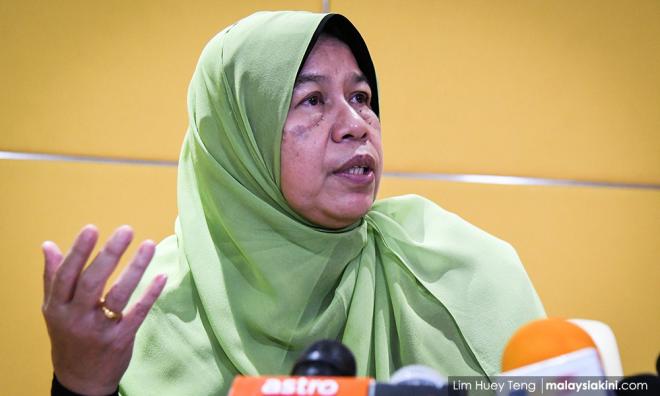 Gov't expected to amend laws to restore local elections in 2020

INTERVIEW | The Housing and Local Government Ministry is expected to amend several laws in Parliament as early as the end of 2020 to reinstate local government elections, its minister Zuraida Kamaruddin said.

These include the Local Government Act 1976 and other relevant laws, said Zuraida, who pledged in May 2018 to restore the voting system for local councils in three years.

"Somewhere around next year, by end of next year or early 2021, I am going to table the amendments to these laws with regard to local government elections.

"Whether we will achieve it or not, it is secondary. We (will) table the motions on the Acts of Parliament first," she said in a group interview in conjunction with the one-year anniversary of the Pakatan Harapan administration.

To a question, the Ampang MP said she wasn't sure if the local government elections can be implemented earlier than the targeted timeline.

According to her, the matter is subject to the cabinet's decision and the cabinet has yet to discuss this matter.

The ministry can only present a paper to the cabinet for discussion after it puts together all the information needed to push for the local government elections.

"(And) we are (still) in the midst of engagement, getting all the information and feedback (on) all the models (practised by other countries). We are engaging the NGOs, all the states and other bodies," Zuraida said.

She believes that Malaysia, after studying several local election models, including proportionate representation, will come out with its own model, a hybrid of all these models.

"From there, we will propose the best model for Malaysia," she said.

Malaysia last held its local council elections in 1963. The next round, which was supposed to be held the following year, was suspended.

The suspension, which was supposed to be temporary, became permanent in 1976 when Parliament passed the Local Government Act, which abolished local government elections altogether and only provided for the appointment of local councillors.

The defunct Pakatan Rakyat had pledged to reinstate local council elections during the 2008 and 2013 general elections.

Pakatan Harapan's 14th general election manifesto did not promise to restore local government elections but stated that it would “strengthen local democracy” and make local councils more accountable to the people they serve.

It also promised to amend the Local Government Act 1976 to reflect these aspirations.

In the interview, Zuraida said she had explained several local election systems available.

"Maybe he did not have enough information then, so he responded to the media at that point of time. That's why I was saying, give us three years to study the models and at the same time, we conduct a campaign.

"We will give awareness to the people so they know about their role and those who want to contest will also know their role. We are in this education process," added Zuraida, who is also a PKR vice-president.