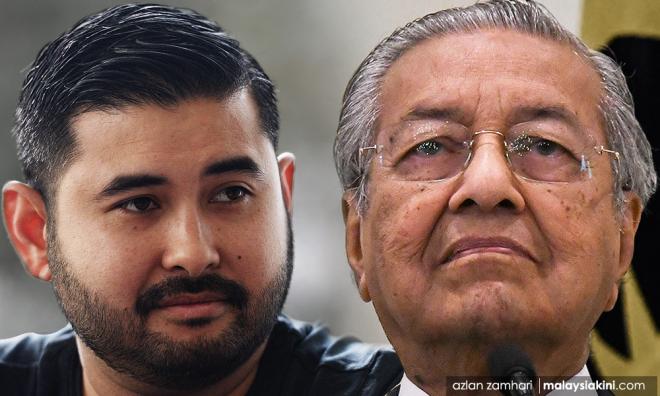 YOURSAY | ‘One thing is clear. We are a constitutional democracy.’

After Mahathir's blog, TMJ points to constitutional provisions on royalty

Kim Quek: I suppose prime minister Dr Mahathir Mohamad has used the wrong word “nullify” in his reference to the pre-Merdeka state constitutions of Johor and Terengganu.

I think what he really meant to say was: “The Federal Constitution, as the supreme law, 'supersedes' the pre-Merdeka state constitutions of Johor and Terengganu wherever there is a conflict between the two.”

Notwithstanding such error of expression, the fact remains that state constitutions of all states – including Johor and Terengganu – follow the provision of Article 43 of the Federal Constitution with regards to the appointment of menteris besar and excos of the respective states.

And that is: it is the winning political party which decides who the menteris besar and excos should be and not the rulers.

In the current Johor case, it is to the interests of all stakeholders that this provision of our constitution is strictly adhered to.

Steven Ong: The articles in the Federal Constitution (article 71 and 181) mentioned by Johor crown prince Tunku Ismail Sultan Ibrahim do not say anything about the power to choose the menteris besar or excos.

The rulers only have powers within the royal institution and its functions. State matters affecting the people are under the federal government, which is chosen by the people.

That is what a constitutional monarchy and a democratic government are meant to be as Mahathir had said before this.

Gerard Lourdesamy: Clause 1 of Article 71 deals with succession to the throne by a state ruler in his respective state. Article 181 does not make any state ruler an absolute monarch. The powers and duties of a ruler are spelt out in their state constitutions.

No ruler has any discretionary executive power in these constitutions save and except when it comes to the appointment of the menteri besar, dissolution of the state assembly and matters relating to Islam, Malay customs, rituals and practices.

No state constitution can be inconsistent with the Federal Constitution. See Article 71, clauses 3 and 4.

Which part of the term "subject to the provisions of this (the federal) constitution" does Tunku Ismail have difficulty understanding? The Federal Constitution is supreme.

Anonymous_1527925538: What everyone knows is that Malaysia practises a constitutional monarchy, where monarchs play a merely ceremonial role as in the UK, and real power is in the peoples' representatives elected every five years in a general election.

The constitution is though written in niceties – for example, that appointments go through them 'on advice' when the reality is that they are expected to accept and follow the advice.

However, it is sad that some are out to confuse the people, misinterpreting the 'niceties' used in our constitution.

David Dass: There is no necessity for a public debate on the issue. One thing is clear. We are a constitutional democracy.

The powers and authority of the rulers are also set out in the constitution. The question of whether a ruler has the power to decide on who should be menteri besar or who should be in the state exco should be referred to the courts.

So should the question whether the king and the Conference of Rulers have the power to decide on who should be prime minister or chief justice. These are critical questions.

The prime minister maintains that even rulers are subject to the law. And the constitution is clear that prime ministers and chief ministers are decided by elected assemblies. Tunku Ismail believes otherwise. Let the courts decide.

Proarte: The state constitutions were written by the British. The sultans were their proxies. The British needed a local 'sultan' who would operate for the benefit of the British Crown and its commercial interest. They were a means of controlling the natives.

The British gave immigrants from the Indonesian archipelago a race, namely the 'Malay race', a history, a religion which they were locked into. They were told they were a 'feudal' people who were loyal to the local sultan.

However, if the sultan did not play ball with the British, he was summarily kicked out of power and a replacement found. This occurred in Perak and Selangor with the sultans were exiled to the Seychelles and Cocos Islands respectively.

There was no revolution or protest by the 'loyal' and 'feudal Malays', it was business as usual and the new sultan was readily accepted.

I think Tunku Ismail should not continually snipe at the executive because his father is a constitutional monarch. The Federal Constitution is supreme and overrides the state constitution if there is any conflict.

Tunku Ismail should be educated about the role of a constitutional monarch.

Anonymous_1537850100: Please no constitutional crisis. We want peace. Know our place in the scheme of things. Constitutional monarchy and parliamentary democracy must both be respected.

Odysseus: Aren't we tired of reading of all these constant comments which are affecting the efficiency of the elected government? They have to spend a lot of time and effort to address the issues you created.

Just enter politics and win the next election. Then, you can amend the constitution to make the country an absolute monarchy.

VoteOfOne: Former Johor menteri besar Mohamed Khaled Nordin noted that Malaysia is a federation and not a unitary nation.

All references to the formation of the Federation of Malaysia was that the federation was formed in 1963 by four states of Sabah, Sarawak, Singapore and Malaya. States here is not of the definition of 'negeri' under one sovereign we know of today, but as each with its own constitution.

Now it seems that Malaya was not so. True Malaya is a federated state made up of member states. But the Federation of Malaysia was not formed with each federated state of Malaya, but Malaya as a single entity.

One can only wonder what else surrounds the formation of Malaysia that had been covered up.

Sherlock: Whatever it may be, if errors were made earlier, the wellness of the nation comes before the privileges of the individual states.