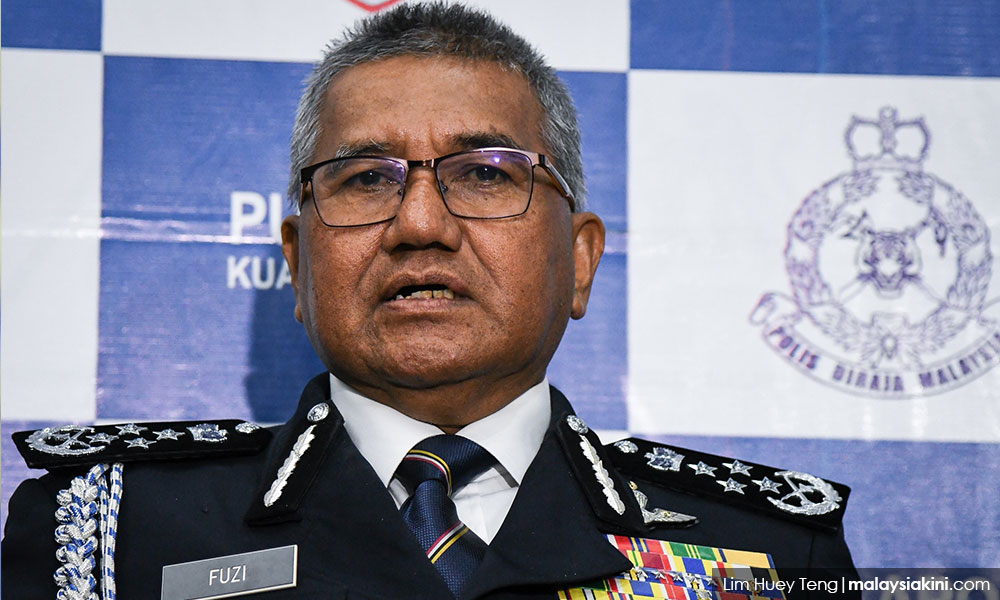 Both serving and retired police personnel do not want the Independent Police Complaints and Misconduct Commission to oversee police disciplinary cases, said the outgoing Inspector-General of Police Mohamad Fuzi Harun.

Fuzi, who is set to retire on Saturday, said this was among several objections raised by police members during a recent meeting, and a letter detailing the objections has been sent to the Prime Minister’s Office.

According to Malay-language daily Berita Harian, the top cop added they are looking to meet Prime Minister Dr Mahathir Mohamad personally to present their objections.

“The matter was discussed in the emergency meeting recently, in light of several decisions. We (police) initially agreed to the implementation of the IPCMC, but to which there is a lot of opposition of late.

“These objections have been voiced by many police (personnel), including more than 153,000 retired personnel…

“This is especially in regard to efforts to revoke the powers of the Police Force Commission (SPP) under Article 140 of the Federal Constitution, concerning issues on investigations and disciplinary actions to be taken over by the IPCMC,” he was quoted as saying during a press conference at Bukit Aman today.

The IPCMC has long been called for to address integrity issues with the police following complaints, including cases of custodial deaths.

During former premier Abdullah Ahmad Badawi’s tenure, the formation of the said commission was rejected outright by then police chief Mohd Bakri Omar in 2006, with the latter saying the powers of the SPP, as the disciplinary body, should be maintained.

Meanwhile, the Najib Abdul Razak regime pledged to improve the Enforcement Agency Integrity Commission, or EAIC, instead of an IPCMC.

Harapan, under Item 20 of its election manifesto, had promised to implement the IPCMC within its first term.

His number two at the time, Noor Rashid Ibrahim, also heralded such a move, saying it would enhance the integrity and capabilities of the police.

Fuzi, however, later said that a police representative should be a part of the commission.

He said it was an “important condition” for the Royal Malaysian Police, despite noting the fact the IPCMC was to be an independent monitoring body.

Former IGP Mohammed Hanif Omar, meanwhile, said police should be given an avenue to appeal any of the commission’s findings of wrongdoing.

In September, last year, Mahathir announced that the EAIC would be strengthened and converted into the IPCMC.

The decision was reportedly made after it was learnt that the bulk of public complaints lodged with the EAIC concerned police misconduct.