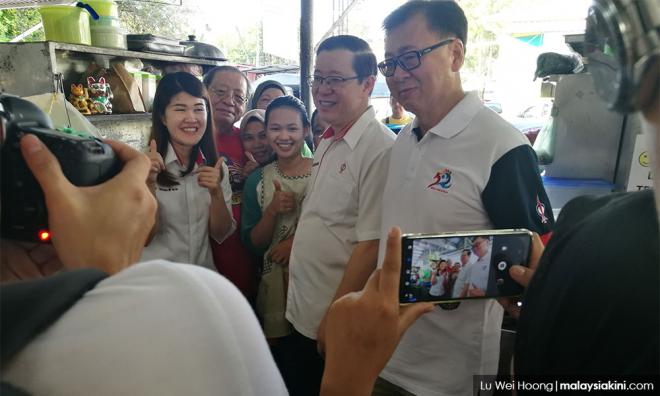 SANDAKAN POLLS | Sabah DAP secretary Chan Foong Hin is disappointed at Bersih for claiming that Finance Minister Lim Guan Eng's speech in Sandakan is no different from Najib Abdul Razak's speeches in the past.

He questioned whether Bersih has seen the original speech by Lim before issuing its statement.

“The original speech is in Chinese, so I would also advise Bersih to get a proper Chinese translator who is able to do a proper translation carrying the right meaning,” said Chan.

“Bersih should not buy into the lies spread by the opposition. They should be more cautious in issuing statements like this as it may badly damage the DAP’s reputation as though DAP is using the same tactics that BN had used previously.”

It drew parallels between Lim’s statement and the previous controversial election promises by the former prime minister.

“If the media reports are accurate, then it is reminiscent of Najib’s infamous speech in 2010 in the Sibu and Hulu Selangor by-elections, where he said, ‘You help me, I help you’, urging the crowd to vote for the BN candidate if they want him to give allocations for a new bridge in Sibu and a new school in Hulu Selangor.

“He was widely condemned by the then opposition for bribing the voters,” Bersih said in a statement today.

In a rebuttal, Chan said that if Bersih had listened to the original speech, it would have realised that Lim had merely made reference to the problem of insufficient parking lots in the Duchess of Kent Hospital.

Lim then spoke about the duty Wong has to take upon herself if she is elected as Sandakan MP.

Lim previously pledged to address the lack of parking lots only if Wong was elected as Sandakan MP as she would be able to “remind” him to include the project in the next budget.

Chan said Lim was in Sandakan to assist Wong in the campaign when the former received public feedback that parking space in the hospital area is acutely inadequate.

“Lim then said that if Wong was elected (as Sandakan MP), then she (as MP) could raise the matter to him (as minister). If she is not elected, then she would not be able to do so (as MP). That’s it, no more, no less,” said Chan.

Chan also made a comparison to Najib’s speech as recorded during the Sibu by-election in 2010, when Najib said, “Do we have a deal or not? We do! You want the RM5 million, I want Robert Lau to win. If Robert Lau becomes the MP, I’ll ask the cheque to be prepared.”

He added that an uncut and unedited recording of the entire ceramah on May 2 is available online on Wong’s Facebook page and that the public could watch again the entire speech and judge for themselves whether Lim did a ‘you help me, I help you’ speech like Najib did in the Sibu by-election in 2010.