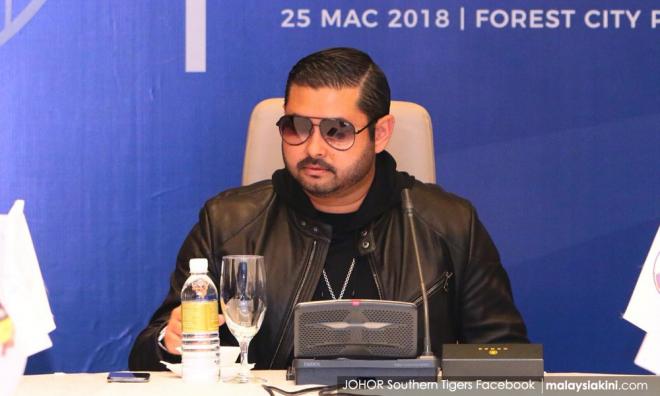 Johor Crown Prince Tunku Ismail Sultan Ibrahim today alluded to efforts to "finish off" the royalty which he alleged were being plotted by a "Kadir".

"Kadir, I know about the meeting in Menara Ilham. Please proceed.

"But like I said before, if you want to finish us, you must finish us completely. You can't do it halfway or 50 percent. You must go all out 110 percent," the prince tweeted today.

He added they should resolve the people's problems while they are at it.

While he did not clearly spell out who "Kadir" was, this is believed to refer to Prime Minister Dr Mahathir Mohamad's media adviser A Kadir Jasin.

Menara Ilham is where fellow Mahathir strongman Daim Zainuddin is based, and Kadir was often there when the Council of Eminent Persons headed by Daim was meeting.

Sources told Malaysiakini the project had stalled due to a cost spike as a result of land intended for the project ending up in the hands of Johor's Sultan Ibrahim Sultan Iskandar which would require heavy compensation to reacquire.

Sultan Ibrahim had since said that he was prepared to surrender one of the plots involved at Bukit Chagar without cost.

Apart from the 4.5-hectare Bukit Chagar land, another 2.4-hectare plot to be used for the RTS project is also under the Johor sultan's ownership.

Collectively, they would cost the government RM693.7 million in compensation to the Johor ruler, which amounts to about 13 percent of the overall project cost.

The land referred to by the Johor sultan is the 4.5-hectare Lot PTB 23354 which would have cost the government RM495.3 million.

johor crown prince
kadir jasin
tmj
menara ilham
Related Reports
Johor crown prince not present, but a hit at Ummah rally
4 May 2019
Many lands given up by Johor sultan not highlighted, laments TMJ
4 May 2019
Johor ruler says didn't know land involved RTS, willing to give up for free
4 May 2019
Land transferred to Johor sultan two days after 'consenting' to RTS realignment
4 May 2019