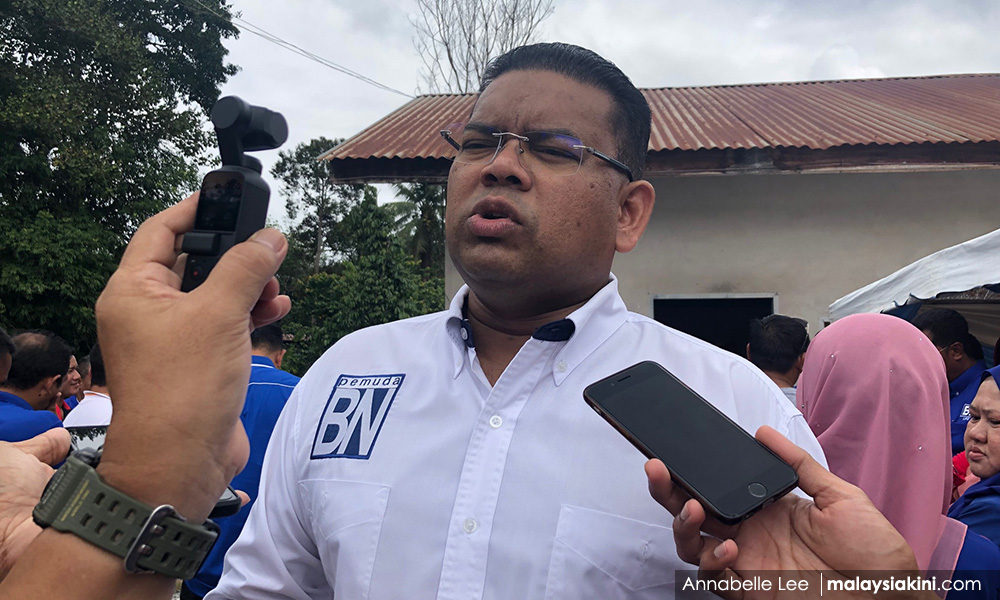 Umno supreme council member Lokman Noor Adam did not mince words when he labelled DAP’s “multiracial politics” as “bullshit” in a report by a Hong Kong news site recently.

He alleged that the ruling Pakatan Harapan component party wanted to strip the Malay community of its special privileges and rights and threatened the position of the constitutional monarchy.

“The DAP won because they proved to the Chinese community that only they are willing to fight the Malays and that they are the only ones willing to fight for equal rights, which is against the constitution,” Lokman was quoted as saying by the South China Morning Post (SCMP) yesterday.

He said this as part of a report by SCMP’s This Week in Asia on racial politics plaguing the new Pakatan Harapan’s hold on power in the lead up to one year in governance.

In the same report, former Council of Eminent Persons chairperson Daim Zainuddin lamented that while Umno’s playing up of race and religion was to be expected, far “too many idiots” were falling for the racial narrative.

Since toppling BN’s six-decade-long hold on power in GE14, DAP and the Harapan government, helmed by returning Prime Minister Dr Mahathir Mohamad, has constantly had to defend accusations that it was failing to protect the welfare of the Malays and the rulers.

This includes the government’s attempt to ratify the International Convention on the Elimination of All Forms of Racial Discrimination (Icerd) and the Rome Statute of the International Criminal Court, as well as its efforts to resurrect ailing Malay and Islamic institutions such as Lembaga Tabung Haji and Felda.

In his speech at the start of the DAP National Conference today, however, DAP secretary-general Lim Guan Eng worked to dispel the Chinese-party image on the party, stating that its members and several elected representatives, comprised those from other races including Malays, Chinese, Indians, Kadazans and Dayaks.

Lim also stated that no party can rule alone and that the DAP was committed to working with its fellow coalition members - PKR, Bersatu and Amanah - for the betterment of Malaysia.

"DAP wishes to be a partner in power not for the sake of power, not for money, not for self-gratification, but for a better Malaysia that we can all be proud of, on behalf of the people and for the people, inspired by shared ideals of social democracy.

"DAP has been very clear that we will only be in power through coalition-building…” Lim, who is also finance minister, said today.

He also acknowledged that while needs-based policies were the right thing to do, the government must continue some of the race-based policies introduced under the previous administration.

lokman noor adam
malay
chinese
racial politics
Related Reports
DAP delegates debate behind closed doors
a year ago
'Too many idiots' believe Umno's racial rhetoric - Daim
a year ago
Lim pushes for needs-based policies, says it's the 'right thing' to do
a year ago
Don't cave in to pressure, Anwar tells Harapan leaders
a year ago