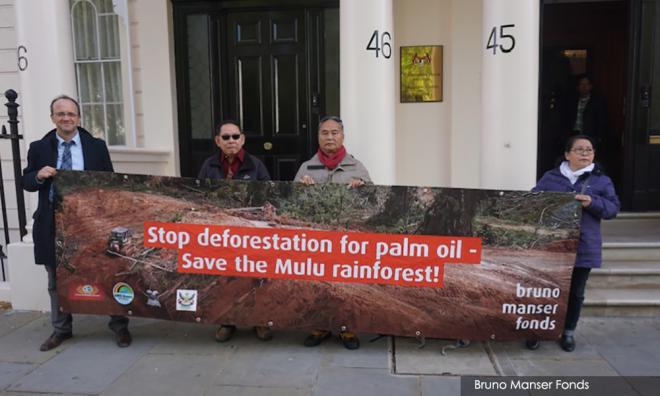 Instead of fighting EU on palm oil, Putrajaya should clean up S'wak: BMF

Swiss-based Bruno Manser Fund said Putrajaya should focus on cleaning up land clearing and oil palm plantation practices in Sarawak instead of mounting a fight against the European Union (EU) which is implementing curbs on the use of palm oil.

The NGO has published a report detailing alleged multiple legal breaches by a palm oil producer in Mulu, Sarawak.

"Instead of issuing trade war threats to the EU, Malaysian politicians should focus on cleaning up Sarawak which has become the dirty backyard of the Malaysian palm oil industry“, said BMF executive director Lukas Straumann in a statement.

BMF, in its report titled: "The Mulu Land Grab", claimed the company linked to Sarawak governor Taib Mahmud's family and associates, had failed to respect native customary rights by the local Penan and Berawan/Termin communities.

The report also claimed that the company fell 30,000 cubic metres of timber worth US$10,000 without a proper timber extraction licence near the Unesco-protected Gunung Mulu National Park.

It added the company also failed to comply with the terms of the lease, which was granted in 2008, to start planting within two years.

Straumann urged Prime Minister Dr Mahathir Mohamad to instruct the MACC to look into the matter.

Malaysiakini has contacted Taib's office and is awaiting for response.

While the majority of oil palm plantation in Malaysia are on existing plantation land, the opening of some new plantations through logging, including the one in Sarawak, could hamper Putrajaya's effort to counter anti-palm oil sentiment in Europe.

EU's move to curb palm oil use had stemmed from environmental concerns.

The full BMF report can be read here.