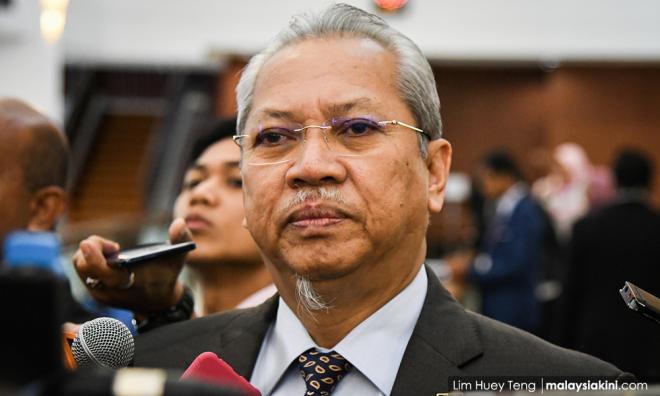 He also claimed that it was a checkmate for PKR president Anwar Ibrahim, who is Mahathir's designated successor, but did not elaborate on this.

“The 45-minute speech was more towards giving a subtle message to the parties in Harapan to maintain cooperation and respect TM (Mahathir).. checkmate for DSAI (Anwar) and a warning to PKR and its allies,” he tweeted this evening.

The Ketereh MP also claimed there was nothing significant in Mahathir's speech.

“All of it was drowned in the admission that four parties with different aims came together to defeat BN and DSN (former premier Najib Abdul Razak), as well as to destroy a kleptocrat.

“If that is the case, why question the alliance between Umno and PAS, which have different views, but are now united against 'kakistokrat' (kakistocrat)?” he added.

In his speech at the Putrajaya Convention Centre, Mahathir had criticised the alliance between the two parties, which were once bitter foes.

He questioned PAS' silence on scandals related to the previous BN government.

"The struggle, which is purportedly to defend the Malays and Islam, is nothing more than an effort to defend robbers who are hoping that if this government falls, their charges would be dropped and they would not be held responsible for the sins committed and damage inflicted.

"My advice is, enough of playing racial and religious issues for political expediency," the premier said.

In his earlier tweets, Annuar also mocked Harapan leaders, accusing them of having to concoct respective narratives to show their purported achievements.

“Celebrating one year of failure amongst themselves in an airconditioned hall...

“But it is the farmers, rubber tappers, workers and people forced to deal with their livelihoods who are doing the evaluation (of Harapan's performance),” he added.

Responding to another Twitter user later, who noted how May 9 witnessed a 'Malaysian tsunami' in last year's general election, Annuar said: “It was a false promise tsunami.”

“Now, the rakyat (is) ready to launch counter tsunami against Harapan,” he added.

Anwar Ibrahim
Dr Mahathir Mohamad
Umno
Related Reports
Dr M: Yardstick for success not GDP but the people's pockets
9 May 2019
PM charts new economic-driven course, but warns of race-baiting 'robbers'
9 May 2019
Dr M: PAS was formed because it felt Umno was 'working with infidels'
9 May 2019
Report on Mindef finds ex-PMs and ministers meddling in land swap deals
9 May 2019